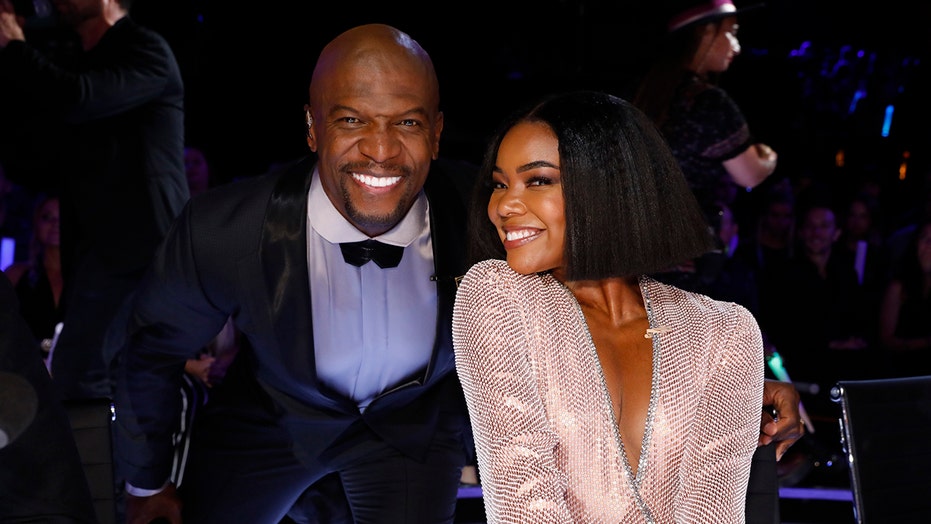 Gabrielle Union is speaking out against “America's Got Talent” host Terry Crews, saying he wasn’t an ally to her amid her firing from the show and subsequent complaint against NBC.

Union appeared as a judge on Season 14 of the popular reality competition series. In November 2019, she alleged that there was a racist and “toxic” work culture on the set of the show. Shortly after, it came to light that she and fellow judge Julianne Hough wouldn’t be returning for the 2020 season.

Union claimed that she was subjected to various racial criticisms while working on the show, including her many hairstyle changes, which were perceived as “too Black” for its core demographic — a critique Union claimed she received over half a dozen times.

Speaking on Spotify’s “Jemele Hill Is Unbothered” podcast, the host asked about Union’s experience with Crews amid a slew of controversial tweets about the Black Lives Matter Movement. Crews remained relatively silent during the shakeup at the competition show but appeared in a series of interviews including one on NBC’s “Today” show in which he praised both the network and the show and gushed about his positive experience.

Gabrielle Union called out Terry Crews for not supporting her during her firing from NBC's 'America's Got Talent.' (Trae Patton/NBCU Photo Bank/NBCUniversal via Getty Images via Getty Images)

“People hit me all day long and are like, what’s happening? And the only thing I know for sure is that Terry Crews gets three checks from NBC. So, I don’t know if being worried about job stability — which listen, we all know that if you speak up about racism and White supremacy, you absolutely can be shown the door,” Union responded (via Yahoo Entertainment). “I don’t know if that’s the motivation.”

Union noted that her complaints of racism on the show were undercut by some critics pointing out that she was not the only Black person on set.

“I was like, ‘No, I was on there — with Terry Crews,’” she said sarcastically. “Based on his recent actions, do you really think Terry Crews was an ally, was helpful, was a sounding board? I think Terry Crews is showing us who he is and what he does during times of adversity and it’s not solidarity.”

Representatives for Crews had no comment when reached by Fox News.

When the #MeToo movement gained steam in 2017, Crews came forward with an allegation of assault, which Union says she supported him through. The actress lamented the fact that she feels her support was not reciprocated.

“Not to say if I offer you solidarity I expect you to be the getaway driver during a bank robbery — that’s what he made it sound like in one of those series of tweets. If you saw something, say something. If you didn’t have my experience… you also have an option to say, ‘I believe Gab, I just had a different experience.’ End of story,” Union shared. “You don’t have to do a press tour where your sole objective is to discredit and malign me. You know, I’ve been in Hollywood a very long time. There’s very little that surprises me, but that was very disappointing for sure.”

Gabrielle Union is locked in a battle with NBC after her firing from 'America's Got Talent.' (Trae Patton/NBC)

Union went on to note that the work she is doing to make the network a “more fair and equitable place” will ultimately help people like Crews.

“At the end of the day, the work that I am doing to make sure that NBC is a more fair and equitable place of employment will benefit you as well,” Union said of the “Brooklyn Nine-Nine” star. “So it’s OK to eat your cereal and let me do my thing and get out of the way. If you’re not going to help, then get out of the way. If you don’t feel financially comfortable, or spiritually comfortable or you flat out disagree, but at the end of the day he will benefit from a safer, more equitable workplace from what I stuck my neck out to do and got fired for, you know? Instead of actively working against progress.”

She concluded her comments on Crews by noting that she believes he’ll regret the side he ended up on in this story as a result of her ongoing legal battle.

“Since I’ve been so vocal about what happened, the floodgates have opened. This reckoning is just hitting,” she explained. “There is so much more that is coming… I have a feeling he will probably regret it for a thousand reasons, very soon.”

An investigation into Union’s complaints determined that no gender or racial bias had taken place, an assertion that Union questioned in a complaint against the network filed in California in June. During a recent appearance on “The Daily Show,” Union criticized NBC Entertainment Chairman Paul Telegdy, saying he exhibited behavior designed to intimidate her during the investigation.

“I participated in this investigation, and the investigation was ongoing, they turn over what they believe to be inflammatory things or things that are not advantageous to me, over to the head of NBC, Paul Telegdy, who then uses those things that he thinks are like smoking guns to shoot down my claims,” she told Noah. “He then threatens my agent, ‘Gabrielle better watch who she calls a racist.’ In the middle of an investigation about racism and discrimination? This is what’s happening from the top of the company.”

In a statement to Deadline, NBC called the allegations that anyone threatened Union "categorically untrue."