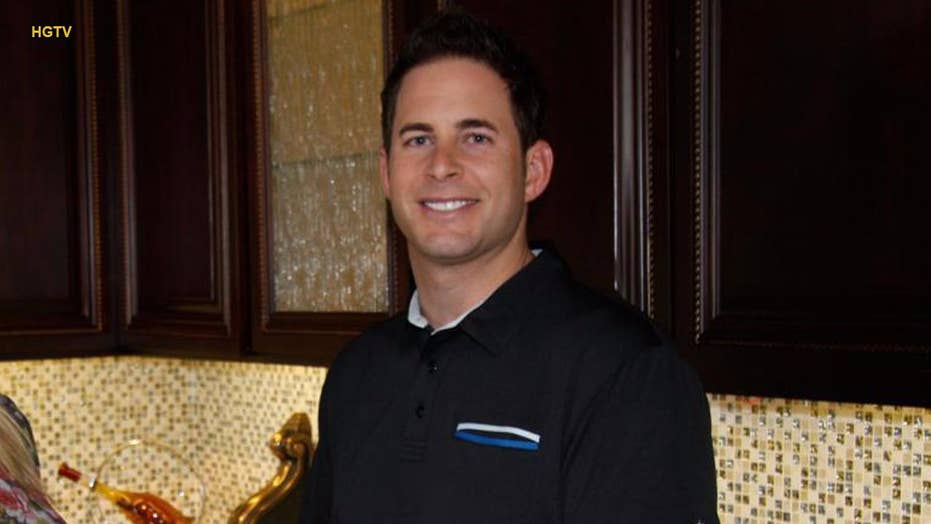 Fox411: 'Flip or Flop' star Tarek El Moussa took to Instagram to share an update on his beloved friend and cast mate Frank 'The Tank' Miller's battle with cancer.

Tarek El Moussa has fought many battles over the years.

The 36-year-old star of HGTV’s popular house-flipping series “Flip or Flop” has faced both thyroid and testicular cancer in 2013 after a fan noticed a lump on his neck and reached out to his show’s producers.

The viewer, who happened to be a nurse, warned El Moussa he might have cancer and should consider getting examined. The popular television personality received a diagnosis, which resulted in the removal of a malignant tumor. But just weeks later, El Moussa was diagnosed with testicular cancer.

El Moussa has since beat his cancers and is now determined to save lives. He’s teamed up with the Movember Foundation to raise awareness about men’s health, as well as encourage early cancer detection.

Fox News spoke to El Moussa about his public health ordeal and how lives can be saved:

Fox News: What was going through your mind when you realized you were going to be battling cancer again?
Tarek El Moussa: Well, actually it wasn’t again. It was at the same time! I’ll never forget the day when I found out I was also diagnosed with testicular cancer. The first thing I thought was I’m going to die and what is my family going to do? That’s how I dealt with it, but you know, the next day, I woke up and felt better and I tried to stay positive. I was just prepared to move forward and do whatever it is I needed to do to fight them and beat them.

Fox News: Testicular cancer is more private and personal in nature. Why did you choose to open up to fans?
El Moussa: I was very open with the thyroid cancer. I got a lot of messages through Instagram and Facebook where people were telling me that because of my story, they found out they had cancer because they got checked. So I may have saved some lives. And then my stepfather got diagnosed with testicular cancer, which obviously hit very close to home. When that happened, I thought it would be a good idea to create exposure, share my story and help save some lives.

Fox News: How did battling cancer twice change your life?
El Moussa: Obviously, I look at things a little bit differently, you know. Obviously, before the kids were the most important thing. But now, the only thing that matters are my children, being healthy, and being the best dad possible. Taking a set back from work, taking better care of myself, eating healthy, taking vitamins, taking more cardio exercises, hot yoga, things like that.

Fox News: Tell us about this movement happening this month.
El Moussa: The Movember Foundation is obviously really, really cool. They promote Movember, which is when you grow a moustache to raise awareness on men’s health, but not everybody can grow moustaches! So there’s the MOVE campaign, which tells people to get out there and move. Get out there, improve your health and be as healthy as possible.

Fox News: Will you be growing one this year?
El Moussa: Unfortunately, I can’t due to my show filming. Although I would love to, I just don’t have that capability. But I will be exercising!

Fox News: How important has it been for you to reach out to fans like that nurse did for you?
El Moussa: You know, it’s very, very important. A lot of people have told me that my story has encouraged them to get checked. Some of them didn’t even know they had cancer. The further along it goes, the worst stage you’re in. So, if I was able to help people catch it in early than that might have saved their lives.

Fox News: Have you stayed in touch with her?
El Moussa: Yeah, we’ve definitely talked in person. We’ve met in person a few times. And every now and then we do check in. I remember when I went through my surgery, I was actually texting her back and forth in my hospital. She’s a very, very special person to me. I’m very lucky.

Fox News: How did she find you?
El Moussa: It wasn’t even social media... She was watching the show in Texas. She emailed my production company. Then they sent me an email. The gist of it was I’m sure if this is a joke or not, but we’re going to send this to you anyway. And it turned out she was right.

Fox News: How has your lifestyle changed since battling cancer?
El Moussa: My exercise before just used to be weight-lifting. I’ve changed my exercise to be more cardio-based, which in result has lowered my heart rate, lowered my blood pressure, and it’s improved my overall health. On top of that, I try to eat very healthy. I take a lot of vitamins and just focus on myself and what’s best for me.

Fox News: How are your children?
El Moussa: They’re doing great! They’re growing so fast. My daughter, she just turned seven. It’s just been amazing to watch how they transform every single day. They say one day you open your eyes and they’re 18. One day I opened my eyes and she’s 7… it’s exciting. I just spend so much time with her. I’m trying to expose her to so many different things, like dirt biking. We go to the lake, we go surfing. We’re just having a blast and I can’t wait to do that with my son.

Fox News: We hear you're working on Season 7 of “Flip or Flop.” What should fans expect?
El Moussa: We’re... probably going to be airing early spring or summer of next year. But you know, we definitely have a good season. We’re doing a lot of different styles of houses. We are going a bit further with design. We’re getting cooler designs. On each property, we’re picking one specific thing that will really stand out. It’s still the same show, but it’s a little more design-based. It’s been a lot of fun filming it.

Fox News: As a public figure, how do you find that balance of keeping your personal life private?
El Moussa: I really don’t get to keep a private life. For me, I’m just a guy who lives a normal life. I go work with my friends; I film my show; I come home; I hang out with my buddies; I go golfing; I go dirt biking, so for me I just live my life.

Fox News: How are you doing these days?
El Moussa: I’m doing great. I lowered my heart rate, I lowered my blood pressure, my cardio is better. Overall, I’m feeling great. It’s the best I’ve ever felt.

Fox News: What’s next for you?
El Moussa: I’m going to continue spreading the word about cancer. People need to get checked. People need to take care of themselves. I’m working on a book. I love public speaking so I’m looking to do more motivational speaking where I can share my story about my health issues, as well as the financial ups and downs I’ve gone through. Hopefully, by sharing my story I will motivate people to change their lives.