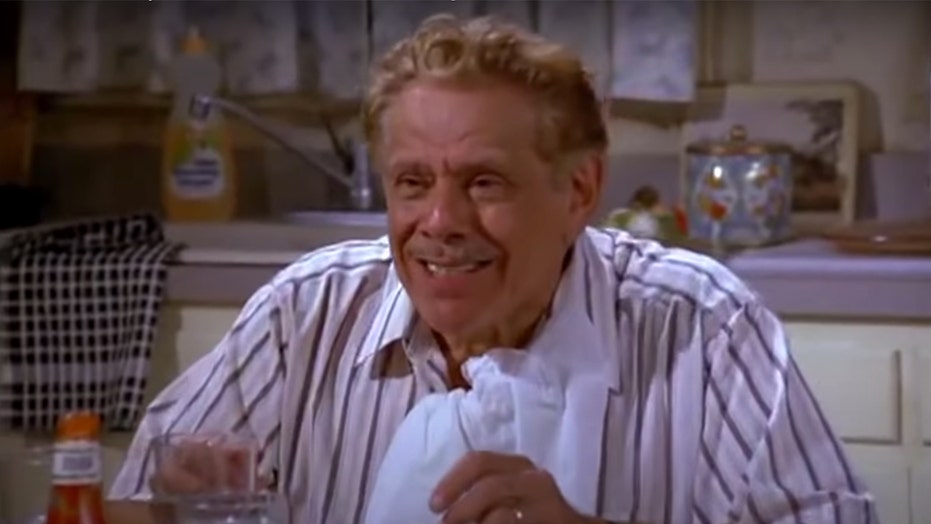 Festivus is here and many "Seinfeld" fans may be surprised to hear that the holiday is not just a joke invented by the hit sitcom in 1997.

For those unfamiliar, "Festivus" is a holiday that George Costanza’s father, Frank, claimed to have invented in the Season 9 episode titled "The Strike." As the story goes, Frank was disillusioned with the commercialization of the holiday season, so he endeavored to create his own.

The "Seinfeld" inspired holiday includes a large Festivus dinner, an airing of grievances, a bare pole in lieu of a Christmas tree and, of course, feats of strength between family members. Despite being a later installment in the show’s 9 season run, Festivus became a cultural touchstone, joining the myriad of other inside jokes among fans that have caught on over the years ("yada, yada, yada," "shrinkage," "No soup for you," etc.).

However, despite how wacky Festivus sounds, "Seinfeld" writer Dan O’Keefe revealed in a 2015 interview with Uproxx that the holiday is actually based on one his own father, fellow writer Daniel O’Keefe, created in 1966.  Furthermore, the real version of Festivus is somehow much, much weirder.

"It is a fake holiday my dad made up in the ’60s to celebrate the anniversary of his first date with my mother, and it was something that we celebrated as a family in a very peculiar way through the ‘70s, and then I never spoke of it again," O’Keefe told the outlet. "I had actually forgotten about it because I had blotted it out of my mind."

In fact, O’Keefe was content to forget his dad’s odd tradition entirely, until his brother brought it up to his fellow writers at "Seinfeld," the next thing he knew, he was reluctantly recalling what the holiday was the same way George does in the episode. However, his dad’s version wasn’t quite what appeared on screen.

WHERE IS THE 'SEINFELD' CAST NOW?

Every episode of 'Seinfeld' is now on Netflix, but some fans are upset about the ratio. (Andrew Eccles/NBC/NBCU Photo Bank via Getty Images)

For one, the holiday didn’t technically fall specifically on Dec. 23 as it does on the show. O’Keefe said it could be sprung upon them at any time between May and September, but that it typically fell during the holidays since. The feats of strength didn’t happen either, luckily. As for the pole, that was an invention for the show because the writer’s father used a much more bizarre symbol for the holiday.

"The real symbol of the holiday was a clock inside a bag nailed to the wall and nearby a sign that says, ‘F---Fascism.’ That doesn’t fly on network TV," he explained.

The "Seinfeld" joke holiday, Festivus, is actually based on a real thing. (NBC)

Meanwhile, the airing of grievances was very much real. However, instead of doing it to people’s faces at a table over dinner, they recorded their annual gripes and delivered them to one another on tapes that they could listen to at their leisure.

Regardless of whether or not you decide to celebrate Festivus the traditional O’Keefe way, the way the Costanzas do or it your very own way, the whole point, strangely as it may sound, is to do something as a family. So, this holiday season, add in some Festivus for the rest of us ahead of Christmas Eve and pay homage to "Seinfeld."