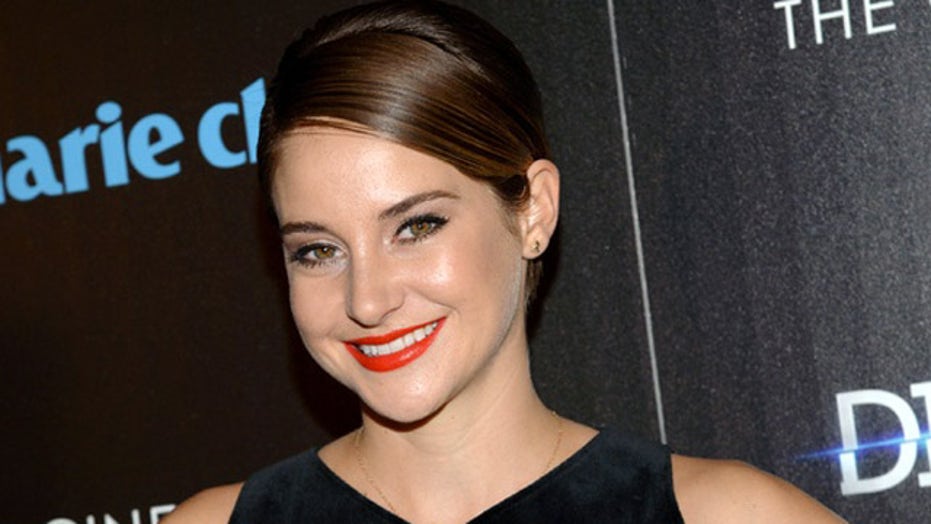 NEW YORK – Shailene Woodley and Ansel Elgort lead the heartfelt new film “The Fault in Our Stars” about teenagers Hazel and Gus who meet and fall in love at a cancer support group. The film is based on John Green’s best-selling novel.  Woodley and Elgort spoke to FOX411 about the taking on such a popular story and working together again after “Divergent.”  Woodley also dished on why she’s always giving out such big hugs.

FOX411: You met with cancer patients and heard their stories so [is there] responsibility in that regard to [be] true to this experience?
Woodley: For me, it was more about just getting to know them on a very human level. We didn't really talk about cancer too much.  A little bit researching the physicality of what is it like not to be able to breathe and have to carry around this oxygen tank, but for the most part it was about learning that they didn't go home at the end of night and necessarily think about their cancer. They went home at the end of the night, and they’re like “oh my gosh I just got my period what do I do? Or oh my gosh I just had my first kiss,” you know? We’re all the same. We’re all the same.

FOX411: The comfort level of working together again (“Divergent”, “The Fault in Our Stars”) how did that help you?
Elgort: We became very close in Chicago, and we were comfortable letting each other know how we feel, and sometimes we went at it a little bit and it was good that we were very close. It was very helpful, and you see it on screen. Hazel and Gus are best friends and that’s their relationship, and there is a little bit of sexual stuff that happens later but it's mostly a really really close friendship and me and Shailene have that and to have that to build on is so helpful.

FOX411: [Shailene,] you’re known for giving your hugs, when did that start?
Woodley: I don't know, it's kind of just a good way to break down walls and be like “I'm real, you're real, let's talk some real s--t.”

FOX411: In general what can you take from this film in terms of embracing every moment?
Woodley: Yeah, I mean, nothing is guaranteed. There could be a bird that comes through this window and accidentally hits us or a basketball or a baseball that gets shot through. You just never know. You never know what's going to happen, and so you’ve got to take every moment and appreciate them.