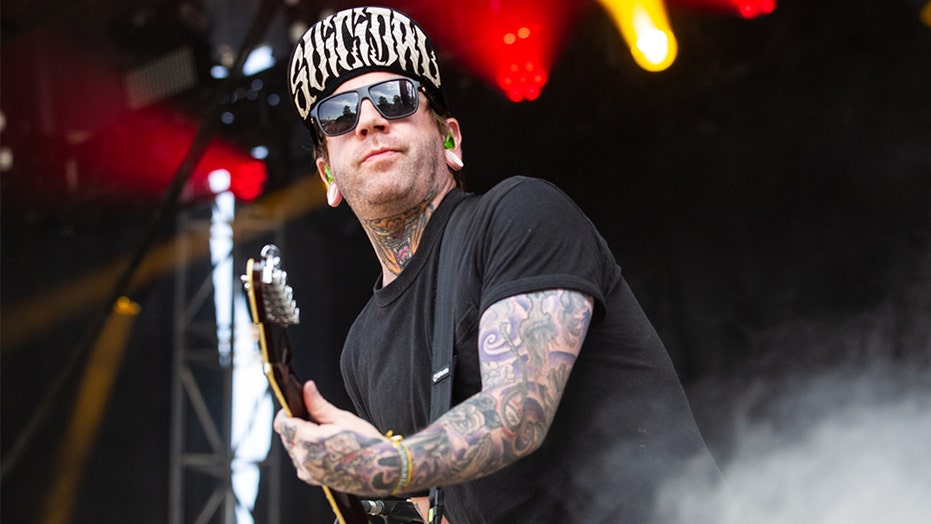 Derek Jones, the guitarist who co-founded the punk-pop band Falling in Reverse, has died. He was 35.

Though the cause of death is not yet known, Jones’ close pal and lead vocalist for the group, Ronnie Radke, confirmed the death via social media on Tuesday, commemorating the life of Jones.

“I’ll never forget when you picked me up from jail in your old tour van to start falling in reverse,” Radke, 36, wrote on Instagram. “Your spirit will be interwoven through the music I write forever. Rest In Peace Derek Jones. My heart is broken.”

Derek Jones, the guitarist who co-founded the punk-pop band Falling in Reverse, has died. He was 35. (Getty)

Jones served as the lead guitarist for A Smile From the Trenches before expanding to form Falling in Reverse and maintained roles with both bands until venturing out in 2010 when Radke was released from prison after doing a two-year stint for a probation violation, according to People magazine.

The Las Vegas group’s debut album, “The Drug in Me Is You,” peaked at No. 19 on the Billboard 200 in 2011, and Jones and Radke are the only members to be featured on all four projects.

Jones’ fiancée, Christina Cett, died of cancer in 2019. His last Instagram post shared on Dec. 19 was a selfie of the pair that Jones captioned, “The early days 😔😢... I miss you beyond belief you were my best friend and everything more...”