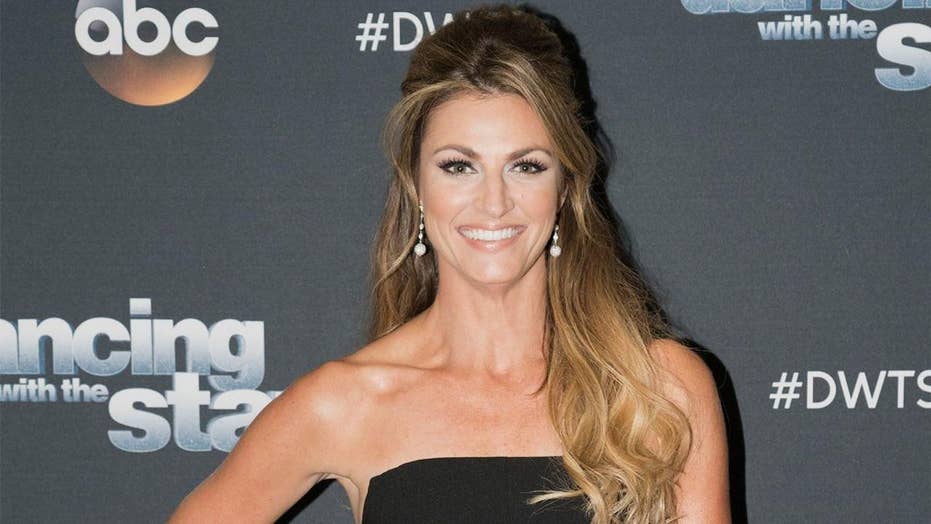 Erin Andrews said she was completely over her skis leading up the launch of her new NFL-inspired clothing line, but the longtime sportscaster and “Dancing with the Stars” host can now exhale because she’s finally done it and “it’s been super exciting.”

“I went to a Super Bowl in San Francisco [in February 2016] ... and the NFL asked me to come and do like a ‘ladies night out’ and dress up in the NFL apparel and talk to women about the game,” Andrews said about her decision to move forward with WEAR by Erin Andrews. “And I did it and I was just like, 'God there's got to be something that we can create that women can wear but not look like an absolute super fan and they could wear it everywhere.”

The 41-year-old former University of Florida Gators dancer said the project had been a long time coming, which she said added to the excitement of seeing the final product in distribution.

“We tried for a while to do this. I mean, it didn’t happen overnight,” she lamented.

Andrews joked about the irony of having a vision but sometimes being stifled due to the abundance of red tape that needs to be cut in order to cultivate it.

“It's so funny, you know, you think you have a great idea, but wow, are there a lot of layers to that especially when you're dealing with a multibillion-dollar industry like the NFL,” she explained. “So we had tried several times and then finally we're lucky enough with the NFL and with Fanatics to finally pull it off with a licensing group in New York.”

“There were a lot of steps. There's a lot of layers that once it finally started going – which we got a late start to it in I think… we probably started in April or May,” said Andrews. “Which was so crazy because these things – if you think about it for a season – they need to be on the shelves and get ready to go for the season come August."

Andres noted that the whole process was "fast" and "intense."

She continued: "We've been so lucky that it happened so quickly but it's really been a big, fat blur because it had to happen so fast and for season 2 we're looking forward to it because it's going to be a lot more spaced out and less rushed like we did this year but it's been exciting.”

In bridging the gap between sports and pop culture, the former “DWTS” contestant said she jumped at the opportunity to become a co-host after competing in season 10 largely because she knew the rigors of performing on the ballroom stage night in and night out with the world watching every move.

Erin Andrews competed on Season 10 of 'Dancing with the Stars' before becoming co-host in 2014. (ABC)

“Yeah I did the show, I think in 2010, and had a great experience and had a really good time and then went back to covering sports and then we had got a call from the show that said they may be looking for a new co-host and wanted to know if I was interested, and I was like, 'Yeah, I'm interested. This could be fun,' Andrews said of landing the role, which she’s held since 2014.

SEE THE SEXIEST 'DWTS' CONTESTANTS EVER

When asked which of this season’s contestants have managed to surprise her, Andrews wasted no time in naming just one person.

“Oh, Kate Flannery. She's just been – my parents are huge 'Office' fans and they love her,” said Andrews while admitting that she didn’t know much about the 55-year-old actress who has stolen so many fans' hearts. “I mean, I obviously knew she's a big star from that show and what success the show had, but God, she's great.” 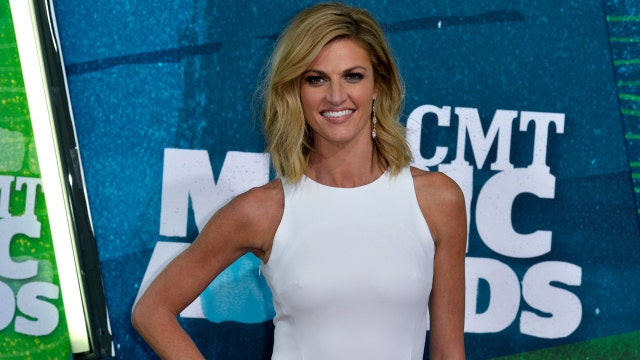 Andrews, who admitted she rarely ever gets star-struck couldn’t help but fangirl over the SAG Award-winner.

“I mean, she has such an amazing attitude. She cares so much. She has such a fun style and way of executing her dances and I love it,” Andrews added. “Her whole vibe I think, last week was kind of really hitting your stride in your 50s and that's something I feel like I can appreciate with being in my 40s and getting married in my 40s and trying to have a baby in my 40s and she's been awesome and a dream. I've really enjoyed working with her.”