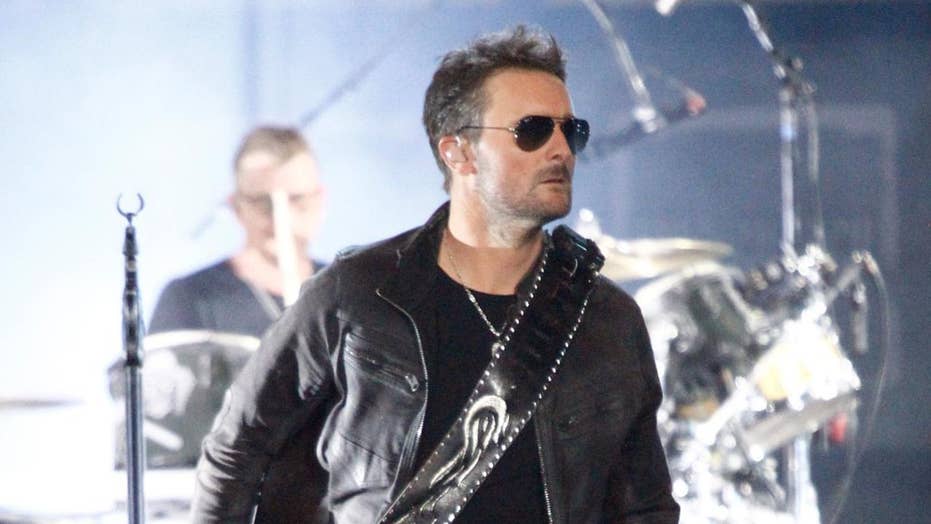 Eric Church fans have some strong feelings about the country singer's recent comments about the NRA. A lot of Church's fans criticized the singer, while some people are standing up for him.

Eric Church fans have some strong feelings about the country singer's recent comments about the NRA.

On Thursday, Church, who considers himself a "Second Amendment guy," blamed the NRA and gun lobbyists for being a "roadblock" to gun safety in a new interview with Rolling Stone.

"There are some things we can't stop," the 41-year-old told Rolling Stone. "Like the disgruntled kid who takes his dad's shotgun and walks into a high school. But we could have stopped the guy in Vegas."

He added, "I blame the lobbyists. And the biggest in the gun world is the NRA."

The artist was one of the headlining acts at the Route 91 Festival in Las Vegas when a crazed gunman opened fire at the crowd of festival-goers while Church's fellow country star Jason Aldean was performing in October 2017.

At least 59 lives were lost during the shooting, which is now known as the biggest mass shooting in modern U.S. history.

But a lot of Church's fans criticized the singer for his comments against the NRA.

One user said that he was "done" with the "Record Year" singer.

More said Church's comments would ruin his career as a country artist.

And though the country star seemed to gather alot of hate for his words, some people stuck up for him on Twitter.

One user wrote that Church's statement about the shooting was misunderstood.

"Anyone who is criticizing @ericchurch didn't bother to read the article," a fan tweeted. "He gave a commonsense response to a problem that clearly upset him. Would it work? I don't know but its better than doing nothing."

Another user defended the singer and said that he did not outrightly say that NRA was responsible for the shooting in a much longer tweet.

Church performed two nights before the shooting and despite not being present at the time of the deadly event, the experience did change his views on guns "a little."

"As a gun guy, the number of rounds [the shooter] fired was unf---ing believable to me," Church said. "I saw a video on YouTube from the police officer's vest cam, and it sounded like an army was up there. I don't think our forefathers ever thought the right to bear arms was that."