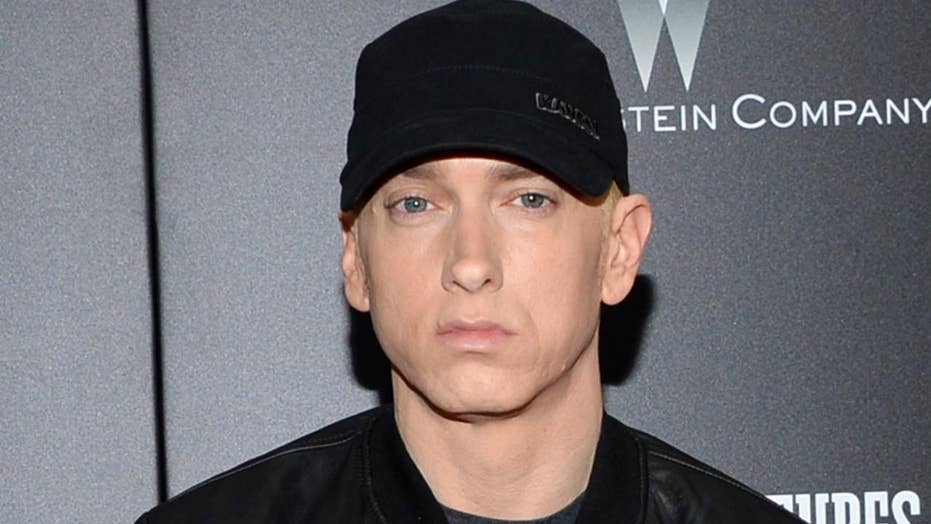 Eminem is marking 11 years sober following a pill addiction that could have killed him.

The "Kamikaze" rapper tweeted a photo of his medallion on Saturday, writing, "11 years - still not afraid."

EMINEM THANKS FANS FOR HELP DURING HARD TIMES

Last year, Eminem posted his 10-year medallion while he was at the Coachella Festival.

In 2010, Eminem — real name Marshall Mathers — revealed to the New York Times that he consumed 20 pills a day at the height of his addiction.

“I used to get pills wherever I could,” he confessed. “I was just taking anything that anybody was giving to me.”

Rehab was difficult for the star, who felt his programs lacked the anonymity that helped others overcome their own demons.

“I felt like Bugs Bunny in rehab. When Bugs Bunny walks into rehab, people are going to turn and look," he said. People at rehab were stealing my hats and pens and notebooks and asking for autographs. I couldn’t concentrate on my problem.”

The "Real Slim Shady" MC credits his daughters — and endorphins from exercise — with keeping him sober.

“I love them so much and they’ve helped me through so many things,” he said of Hailie Jade, Lainey and Whitney.

He also sees a rehab counselor weekly, which has changed his outlook on life significantly.

“I think I’ve calmed down a bit,” he told the Times. “My overall look on things is a lot more mature than it used to be.”