The model, known for her flesh-flashing, risque style, showed up at Harper's Bazaar ICONS party in New York City on Friday in a gown that showed a lot of skin, to say the least.

While many of Ratajkowski's fans praised the 25-year-old for her sexy look, Gunn couldn't help but speak out against it.

"This dress is so appallingly vulgar and revealing. Why wear anything? Why not just take it all off," Gunn said on E!'s "Fashion Police."

Ratajkowski was not amused, tweeting: "Western men in 2016: Want to ban women abroad from voluntarily covering themselves at the beach...then want women to cover up their 'vulgar' bodies at home."

Gunn's co-host NeNe Leakes also defended Ratajkowski. "Tim, you guys have seen the Kardashians walk around with their nipples out and all of that stuff," she said. "At least, she doesn't have her nipples out!"

Gunn repsonded: "That's my point. Is this all driven by social media? Is this all just about [getting] everybody shocked? And I will tell you, I'm not shocked. I lived through the 1960s. No decade was more shocking than that when it comes to fashion. This is just vulgar and repugnant."

Ratajkowski, who rose to fame when she appeared topless in Robin Thicke's controversial"Blurred Lines" music video fired back on Twitter saying, "It's 2016. Why keep trying to dictate what women can wear?" the model tweeted. "Who controls women's bodies in 2016?" 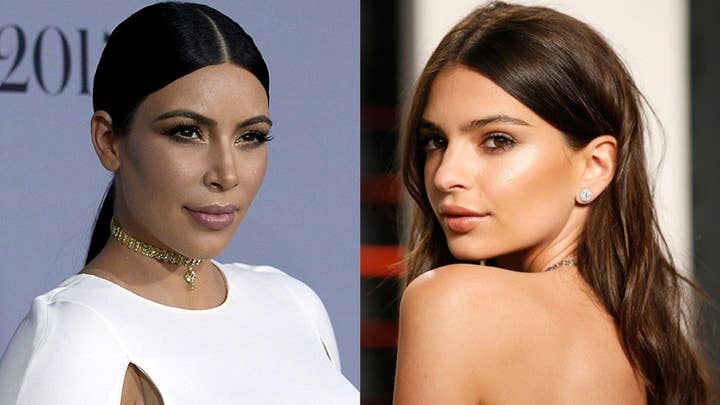