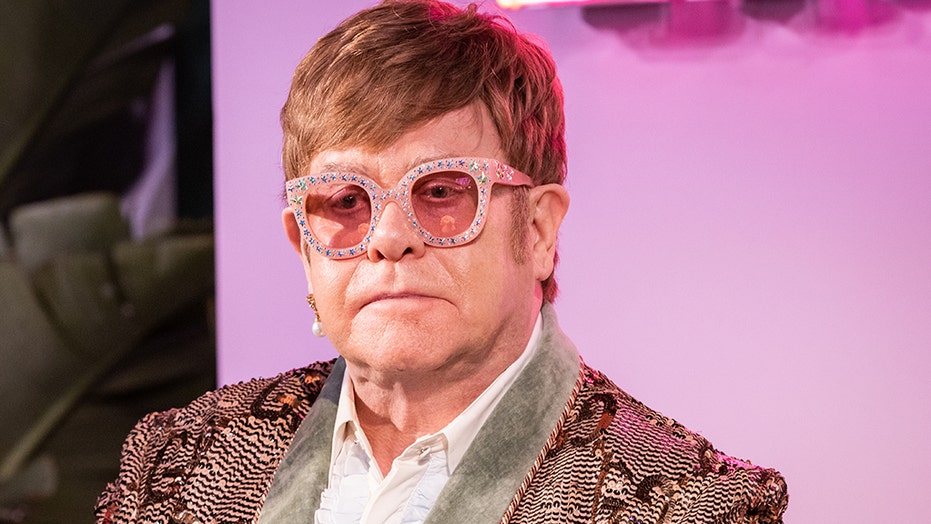 Sir Elton John has been living in the public eye for nearly all his entire adult life.

And now his bumpy road to superstardom is being played out on the silver screen in the new movie "Rocketman," which debuted at the Cannes Film Festival in France last week.

The Grammy winner was heavily involved in the project along with actor Taron Egerton, who plays the singer in the film, and wanted the grittier scenes to be included in its making.

It was important to the 72-year-old that his real-life issues with drug addiction, an eating disorder, mental illness and his sexuality be explored.

"This is how my life was, and I didn't want to cover it and gloss it over," he told The Daily Telegraph.

"And it's difficult to watch because I thought, 'God, I don't want to go back there. Thank god I came out of it,'" he added.

Even though the Oscar winner admitted that even though he has tremendous fame, it came at a cost: "Success was fantastic and then I couldn't cope with it. And you can't leave out the bad."

In 2010, during an interview with Piers Morgan, John spoke candidly about his issues with bulimia and drugs. "I would have an epileptic seizure and turn blue, and people would find me on the floor and put me to bed. Then 40 minutes later I'd be snorting another line [of cocaine]," he confessed.

"This is how bleak it was, I'd stay up, I'd smoke joints, I'd drink a bottle of Johnnie Walker and then I'd stay up for three days."

He explained about his eating disorder: "I'd binge and have three bacon sandwiches, a pot of ice cream and then I'd throw it up because I became bulimic. And then go and do the whole thing all over again. That is how tragic my life was."