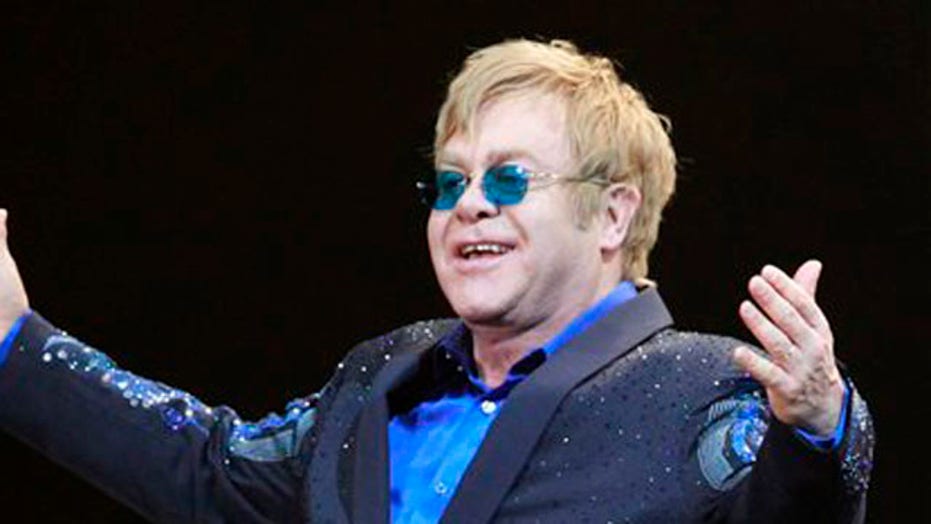 The Rocket Man is keeping a watchful eye on his mentee’s health.

Elton John recently sat down with Rolling Stone where he talked about Ed Sheeran’s brief disappearance before launching his new album, “Divide,” as well as the no-nonsense advice he gave to the 26-year-old singer/songwriter.

ED SHEERAN RETURNS TO THE CHARTS

“Yeah, he was so omnipresent I said, ‘Ed, even I’m sick of you. Go away.’ And he did,” explained the 70-year-old singer/pianist. “He just went to the Far East with his girlfriend, had a great time, put on a lot of weight, ate food and came back."

One thing I said to him when he went, I said, ‘Don’t put on weight,’ because he’s very prone to put on weight like I am. And he came back heavy, but he lost it all for the album. He just went away and had a great time. And it was the most brilliant thing he could have done, because it refreshes your soul — not that I ever did it.”

Despite watching Sheeran’s waistline, that hasn’t stopped John from having many dinners at the artist’s home. However, the focus seemed to be more on musical influences, as opposed to calorically dense entrees.

“He just wants to hear about Lennon and the Beatles and people like that,” said John. “He grew up on my music — his parents loved me, they loved Van Morrison, so he just wants to know what I went through.”

John also acknowledged how Sheeran has been determined to achieve his growing success within the music industry.

“He’s worked tirelessly to get where he was,” he added. “He’s ever turned down a radio interview. He’s turned up at hospitals to play for sick, dying girls on his day off. He’s that kind of guy. I love him to death. I love him because he’s extremely naughty as well.”

John chose not to elaborate on that statement.

“I can’t really tell that,” he said. “Rolling Stone is a family magazine.”