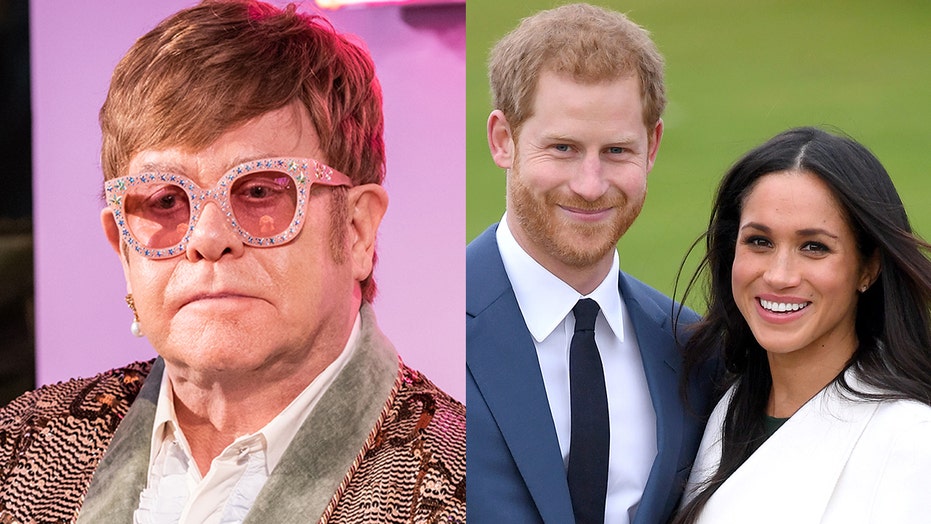 Sir Elton John is denying reports that he knew about Meghan Markle and Prince Harry's plans to leave the royal family before they told the public and Queen Elizabeth.

According to a new report, the couple came to the controversial decision after speaking with the “Rocketman” singer regularly. However, his representatives told Fox News that's not the case.

"The first that Elton heard of the details and timing of Harry and Meghan's plans was when the announcement went up on their Instagram," a spokesperson said. "It came as a surprise to him."

The statement from John's camp is in stark contrast to a report from The Mirror, which stated that the couple was in constant contact with the musician prior to making their plans known to the world.

“Elton speaks to Harry and Meghan every day. He’s an inspiration, an almost ‘motherly’ figure,” a source told the outlet. “They made their decision alone, but he’s a shoulder to lean on and listened as they spoke about their plans."

“He is a constant support, especially to Meghan, and is very protective of them both," the outlet added.

This would mean that Harry and Meghan had informed the 72-year-old artist of their intentions before any of the other royals, including the queen.

Although he denies that he had a say in their plans, the singer has a unique relationship to the Duke and Duchess of Sussex, having been a personal friend of Harry’s late mother, Princess Diana.

Back in August, John revealed he personally funded a private jet for the couple during a time when they were traveling a lot out of sheer concern for their safety. He used the opportunity to express his "distress" by the constant criticism the Sussexes were receiving.

“I am deeply distressed by today’s distorted and malicious account in the press surrounding the Duke and Duchess of Sussex’s private stay at my home in Nice last week,” he tweeted at the time. “Prince Harry’s Mother, Diana Princess Of Wales was one of my dearest friends. I feel a profound sense of obligation to protect Harry and his family from the unnecessary press intrusion that contributed to Diana’s untimely death.”