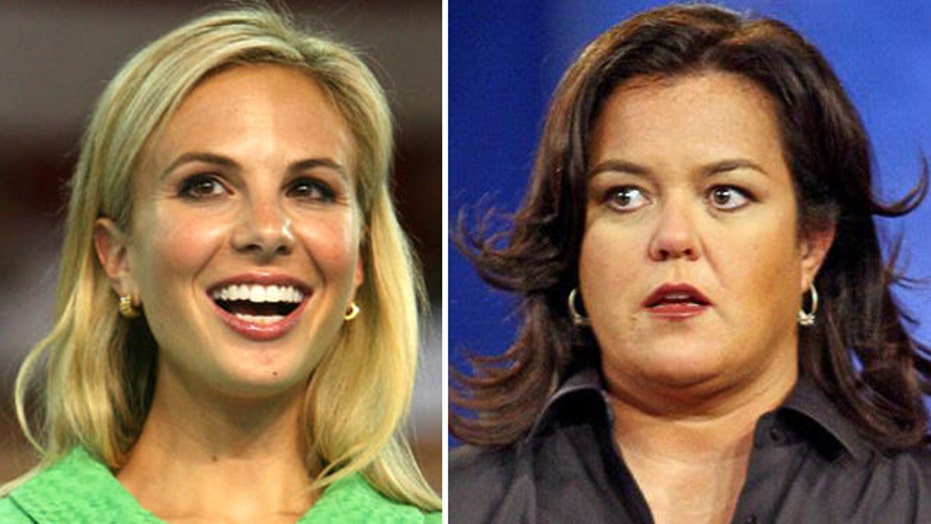 Elisabeth Hasselbeck, who was a co-host on “The View” for 10 years before she joined “Fox & Friends,” weighed in on reports that Rosie O’Donnell had inked a deal to return to the ABC talk show, calling the news “not surprising.”

“I do believe this has been in the works for a long, long time,” Hasselbeck told her “Fox & Friends” co-hosts.

Hasselbeck dished that she interacted with O’Donnell during the May TV special that celebrated Barbara Walters’ retirement, and at the time she learned that O’Donnell had a hand in producing the episode.

“[For O’Donnell] to have such ease the day of Barbara’s goodbye show was shocking to me. Would you think that the woman who left the way that she did would be producing [Walters’] goodbye show? Here’s the shocker: It was actually [O’Donnell’s] hello show.”

O’Donnell’s return to “The View” would be her second time around on the show. The controversial comedian left “The View” in 2007 after just one season. O’Donnell’s exit came soon after she charged Hasselbeck with failing to defend her against conservative critics. The two sparred heatedly on air for 10 minutes until fellow host Joy Behar ordered the director to cut to a commercial.

“I know Rosie very well. We worked quite closely,” Hasselbeck said. “Talk about not securing the border. Here in comes to ‘The View’ the very woman who spit in the face of our military, spit in the face of her own network and really in the face of a person who stood by her and had civilized debates for the time that she was there.”

“The View” currently has only one host, Whoopi Goldberg, returning for next season. As FOX411 first reported, ABC is not renewing Jenny McCarthy’s contract for a second season. The network also confirmed that Sherri Shepherd will not be coming back after seven years on the show. Walters, the show’s founder, retired from television last month.

Hasselbeck speculated there may be tension between Goldberg and O’Donnell should she return as a co-host.

“Anybody who is going to be in that seat… will have to be fully approved by Rosie,” Hasselbeck said. “Whoopi is not going to let anybody control her… She is the leader on that show. I am going to be very interested to see how that goes.”