Fox411: 2 men arrested after rushing Ryan Lochte on 'Dancing With the Stars'

The controversial swimmer was in the bottom two on Tuesday night's show but ultimately, former "The Wizards of Waverly Place" actor Jake T. Austin was the one sent packing.

Backstage, with pro partner Jenna Johnson by his side, Austin, 21, admitted to FOX411, "I feel bummed out. I was caught totally off guard. You just kind of hope for the best, prepare for the worst and go with it. I did this for my fans. I did something I was so uncomfortable doing, a totally new experience for me. If I could go back, I'd do it all over again.

"Jenna was one of the best partners a guy could ask for. This is her first year as a ['DWTS'] pro and for me to be picked, I'm so lucky to be a part of this season."

His loyal pro Johnson said, "I think he did his very best."

The "DWTS" cast performed two dances before the first elimination and judges criticized Austin's week one jive, giving him just 22 out of 40 points, and Monday night's cha cha, which garnered 24.

Judge Carrie Ann Inaba complained Austin danced off the beat, telling him, "You're ahead of the music! Relax."

Upon leaving the ballroom, the Disney star, who also appeared on ABC Family's "The Fosters," said his fan-turned-girlfriend Danielle Caesar "has been an anchor. She's real sad right now…."

Meanwhile, Lochte was relieved to move onto next week, while former Texas Governor and presidential candidate Rick Perry bounced up and down with excitement when he and partner Emma Slater were declared safe early in the Tuesday show.

Perry was widely expected to be the one to go home as he had the lowest combined score of the competition, 42 out of 80.

The judges were stunned, but Perry's supporters apparently voted in high enough numbers to make up for the low scores. As Julianne Hough told host Tom Bergeron, "That's what this competition is about, what America thinks."

During the two-hour show on Tuesday night, viewers saw lots of behind the scenes footage from the last two weeks, and longtime pro Maksim Chmerkovskiy, who has been sporting a full beard this season while dancing with Amber Rose, appeared clean shaven again.

Rose, who slipped during her "Game of Thrones" dance on Monday, was shown telling Maks, "My foot got stuck in the curtain."

"Little Women LA" star Terra Jole's partner Sasha Farber threw a big beach ball at her during rehearsal, causing her to fall down—but she got even later by doing the same to him.

Judge Bruno Tonioli shuddered, "Ugh, oh my God," as Perry performed his first dance. But Perry's wife Anita seemed to like what she saw, telling the "DWTS" cameras he would have "no more excuses for not dancing with me."

Later, Perry said he was determined to "get that father/daughter dance right," as daughter Sydney is getting married in October.

"One Tree Hill" star and country singer Jana Kramer cried hysterically to her partner Gleb Savchenko, "How could I mess up that part?" after flubbing a move in their Monday tango.

Viewers also learned that Savchenko has modeled underwear and the show shared some of his sexy brief shots.

"I f--ked it up," Ice told his partner Witney Carson. And he was right as the two wound up in a cumulative eighth place.

Ahead of Lochte's dances, the show aired footage of the now-infamous protest in which men rushed the stage on the Sept. 12 premiere. Cameras showed Ice assuring Lochte backstage, "You're a hero, man, you won a gold medal."

Lochte spoke on the Tuesday show about his Rio disaster, in which he vandalized a gas station with some swim teammates: "I was irresponsible and immature. I hit rock bottom but I won't give up."

And thanks to fans who still believe in him, Lochte's still on the show and will have another chance to master dance with partner Cheryl Burke next week. 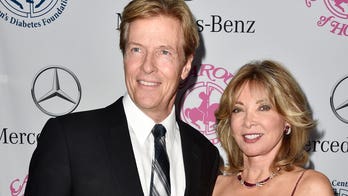 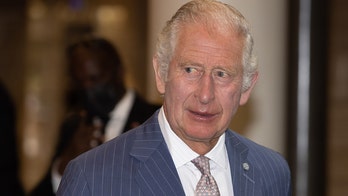