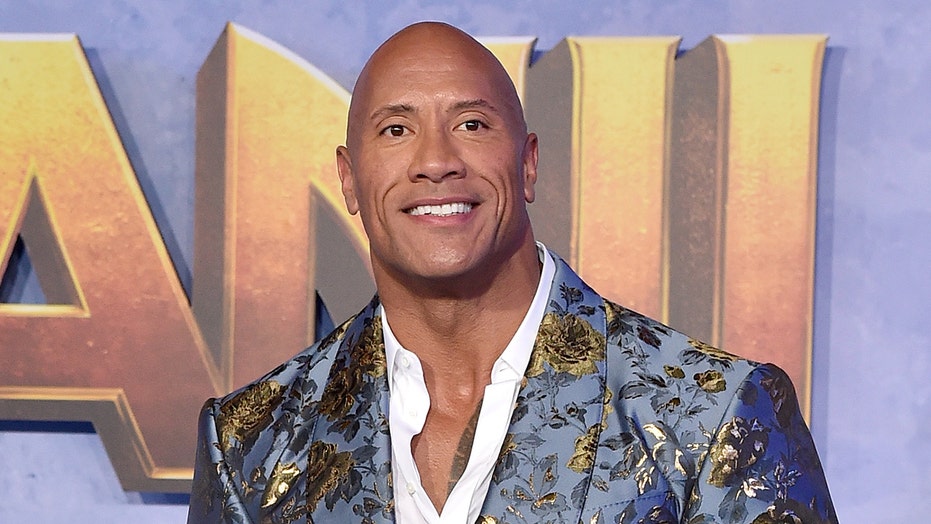 Not even a face injury can stop Dwayne "The Rock" Johnson.

The 48-year-old actor and fitness enthusiast hurt his face in a recent workout, drawing blood while using heavy chains to stay in shape.

Johnson shared a video on Instagram on Monday to show off the injury.

"Alright, look. Sometimes, well oftentimes, things get intense here in the iron paradise, but we ain't playing tiddlywinks and we ain't reciting nursery rhymes," said the star in the video. "You get lumped up every once in a while and things happen."

DWAYNE JOHNSON GIVE 101-YEAR-OLD GRANDMA TEQUILA FOR HER BIRTHDAY

Dwayne 'The Rock' Johnson recently injured himself while working out. (Photo by: Steve Dietl/NBC/NBCU Photo Bank via Getty Images)

A stream of blood ran down the "Moana" star's face next to one of his eyes. In the video, he used a finger to wipe away some of the blood before briefly sticking the same finger in his mouth and licking it.

"That's good. That's real good," he said after cleaning his finger. "Back to work."

In the caption of the post, Johnson revealed how he hurt himself.

"Threw around my 50lb chains for a drop set - I got lumped up and need stitches," he wrote. "Taste your blood, keep training and stitch up later - rules of the house. And I can confirm my blood tastes like Teremana, calluses and BlaMoan (black and samoan) Hot Sauce."

The star concluded by wishing a "productive week" upon his followers.

Dwayne 'The Rock' Johnson said he needed stitches after getting 'lumped up' while using 50-lb. chains to work out. (Photo by Axelle/Bauer-Griffin/FilmMagic)

It's been a tough few weeks for the star, who announced last month that he and his family had tested positive for coronavirus.

"Stay disciplined. Boost your immune system. Commit to wellness. Wear your mask. Protect your family," he wrote in the caption of his announcement on Instagram at the time. "Be strict about having people over your house or gatherings. Stay positive. And care for your fellow human beings."