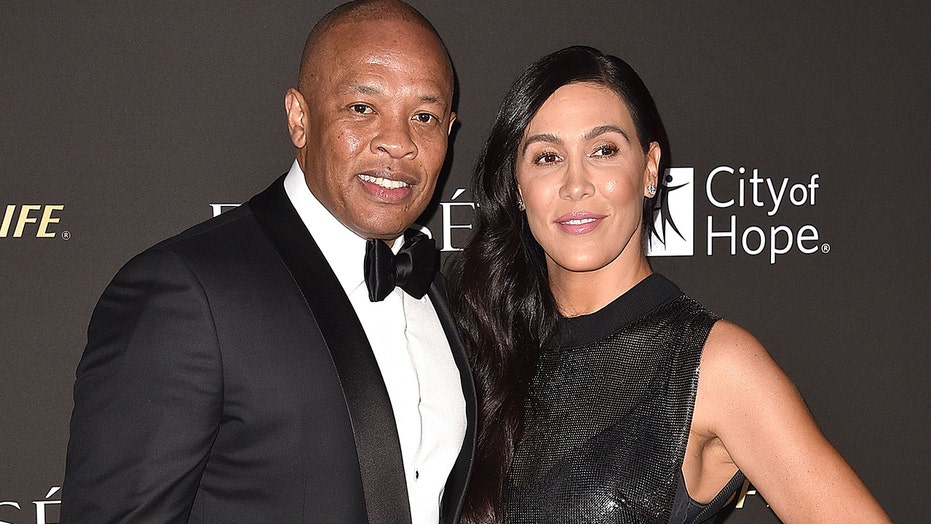 EXCLUSIVE: Dr. Dre may have found himself entrenched in a pricey negotiation brought on by estranged wife Nicole Young's divorce filing – but make no mistake, industry experts expect the dissolution of nuptials in this faceoff to be wrapped up quicker than the wedding bells that rang when the former pair tied the knot nearly 24 years ago.

“I would imagine they would want to put a bow on this pretty quickly,” Holly Davis, a founding partner at the Austin, Texas-based law firm Kirker Davis, who is not involved in the case, told Fox News after news circulated about the high-profile split between the rapper, 55, and Young, 50.

“They're both super savvy. They've got a lot to lose with publicity,”  the attorney -- who often handles high-asset divorces and complex litigation for billionaire clients -- said, adding: “Dr. Dre is a musical genius and he is an entrepreneur, and you don't get Apple to pay you $3 billion for your Beats product without being really savvy about your contracts.”

Peter M. Walzer, a partner at Los Angeles-based Walzer Melcher family law firm, who is also not involved in the case, agreed with Davis’ insight that this is one business deal that should be completed relatively quickly and privately – probably by a retired third-party judge.

He told Fox News that Young certainly earned her keep after nearly 24 years of marriage to the rapper-producer and business mogul, whose real name is Andre Young. The former couple also shares two adult children together.

APPLE SNAGS BEATS IN $3B DEAL

“Well, of course, anything he acquired before marriage is his separate property, with or without an agreement and sold Beats during the marriage and there doesn't appear to be a separate component to it,” said Walzer. “So that's a huge amount of money and it's probably all community property.”

“So she's going to get half of what he's worth,” he continued. “But the good news for Dr. Dre is she probably won't need spousal support. She asked for temporary support and she'll probably get it and that will be huge by our standards, it will be probably hundreds of thousands of dollars a month, and she'll be entitled to that. But it's in Dr. Dre's interest to settle that out and figure, 'Hey, you're going to get a tremendous amount of money – probably hundreds of millions of dollars – and you won't need support,' and they'll make a deal.”

According to circulating reports, there is said to have been no signed prenuptial agreement in place and the six-time Grammy winner is said by Forbes to be worth an estimated $800 million in 2019.

Walzer maintained that at the culmination of such a negotiation, he anticipates Dre and Young will “probably get a waiver of spousal support for her in exchange for some lump sum that's going to make her a wealthy lady beyond her dreams,” and added that the terms will likely remain a mystery to many in the public.

“I'm sure that whatever he pays, it will be tied into a very carefully drafted confidentiality agreement and/or the judgment will be entered without any of the terms going into the public file,” explained Walzer. “Unless there is a breach and that's how we typically do this kind of deal – we don't want the public to know the gory details.”

Meanwhile, Davis also echoed Walzer’s sentiment that “certain information comes out during a hearing,” and added that with Dre’s decades-long history engaging in contract negotiations for his various business endeavors, she has no doubt Dre knew the potential risk of not having a prenuptial agreement in place.

“Dr. Dre, even at the time he got married to Nicole, was in the middle of contract disputes about Death Row Records," said Davis. "So this guy has been around the block on contracts. So I think we have to assume that he knew going into getting married to Nicole in 1996 – he knew exactly how to have a premarital agreement or a prenup, and he chose not to.”

PROUD FATHER DR. DRE BRAGS AFTER DAUGHTER GETS INTO USC ‘ON HER OWN’

While Davis maintains that “we will never know whose idea it was to not have a prenup,” she believes “it's fair to say Dr. Dre knew or should have known that a prenup would solve everything. He chose not to do it.”

“She, as a professional, as an ex-wife of an NBA player, knows all about leverage, too,” Davis continued. “But I can tell you that especially in California, people can renegotiate postnuptial agreements at any time." It is unclear if the pair ever negotiated a postnuptial agreement during their union.

From Davis’ outside perspective and drawing from ample experience representing parties in split negotiations, Davis believes the hip-hop icon simply fell for Young and wanted to ensure she would be taken care of should the marriage ever grow sour.

“Is it possible that this musical genius from the streets of Compton has a soft spot and loves his wife and was willing to share with her in everything that he had over the course of their marriage? It's totally possible,” Davis said, pointing to Dre’s history with women as a potential factor in his decision to forgo a prenup.

“Does Nicole have leverage over him by saying 'Look, I'll look the other way on a couple of things, but don't make me sign a prenup? We won't know, but we can definitely assume that both of these sides are super savvy business people and very private, which is smart," said Davis.

“So to me, he's gone into this relationship with his eyes wide open or should have,” added Davis. “And we can believe that from the lyrics from his songs and his life history that he knew at the time he married Nicole, it was at least possible they weren't going to work out. That he knew going into the marriage that it could end in a divorce.”

“So this might have been a conscious choice to split everything with her and to share all of their riches because at that time, he was already a huge celebrity when they got married.”

As far as a payment structure, Walzer believes the windfall for Young could have stipulations tied to how it would be allocated.

“So maybe she will get a payment now and payment within X-number of years if she doesn't reveal anything about him or the deal. I mean, metaphorically, she knows where all the bodies are buried. So he does not want that to get out," said Walzer.

Young moved to dissolve her marriage to Dre last month, citing irreconcilable differences. They tied the knot on May 25, 1996.