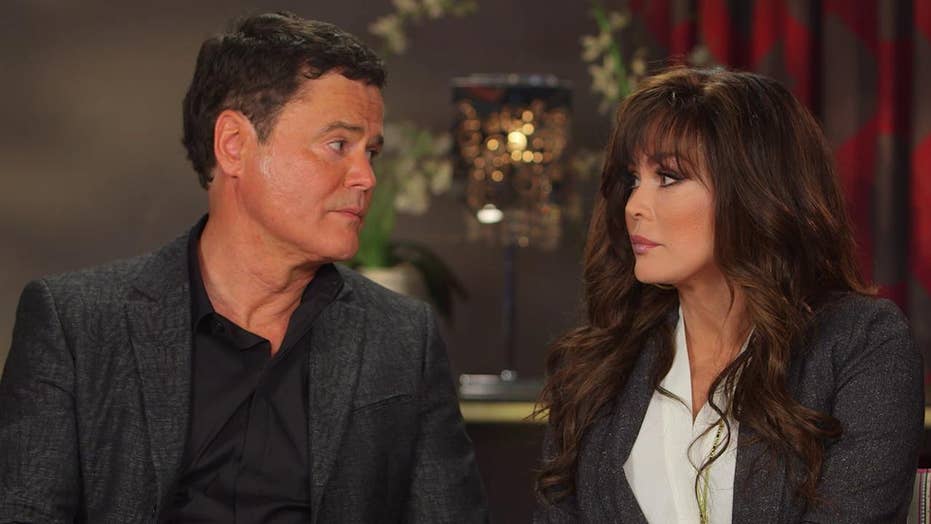 “Our show is not politically based, it’s not religious-based. We don’t preach to the audience. We entertain the audience. I think that’s’ the difference between some entertainers and us,” Donny Osmond told Fox News.

In a world where everything seems saturated with politics, Vegas is the ultimate place for escapism and that’s why audiences keep coming back to see their childhood icons Donny and his younger sister Marie Osmond. They have graced the Vegas strip at the Flamingo Hotel for 10 years and show no signs of letting up.

Donny, 60, and Marie, 58, have both been at this for five decades, they say they are still attracting younger fans because their cultural staying power is generational.

“They kind of find you along the way, it’s a very diverse audience,” Marie told us. Donny added that not many of the younger audiences know he was the singing voice in the Disney animated hit film "Mulan" as Captain Shang. But they both did acknowledge that there are some young teens that are dragged to the show by their parents and they have no idea who they are.

Having been so famous for most of their lives, starting out as child performers, Donny at 3 and Marie at 5, the iconic duo described the contours of fame and how it’s definitely not ever-lasting. They consider themselves an anomaly in show business.

“Enjoy every second of it, because it’s definitely fleeting. It goes fast,” said Donny. Marie added, “ We are very rare. I mean I don’t know that many women who have done five-and-a-half decades. We were always told it’s gonna be over, it’s gonna be over, but you keep reinventing, you keep working hard.”

Their show was originally only supposed to last six weeks, but after a decade, they are still singing the hits like "Puppy Love," "I’m Leaving it All Up to You" and "Deep Purple."

Their Mormon faith plays an integral role in their lives and there are some elements of their beliefs in the show, the singers said. In one comical instance, Donny chugs water after a complicated dance number and Marie quips, “And you thought Mormons didn’t drink.”

But there is also a sibling rivalry that is unmistakable and that the audience eats up. Donny having won a season of "Dancing with the Stars" ribs and chides Marie because she lost when she competed on a separate season.

They said they don’t always agree on the particulars of the show, but that they have a special bond.

“You know we have this chemistry and sometimes you can mix chemicals and it can be beautiful or it could be a big bang…and that would be us,” Marie shared.