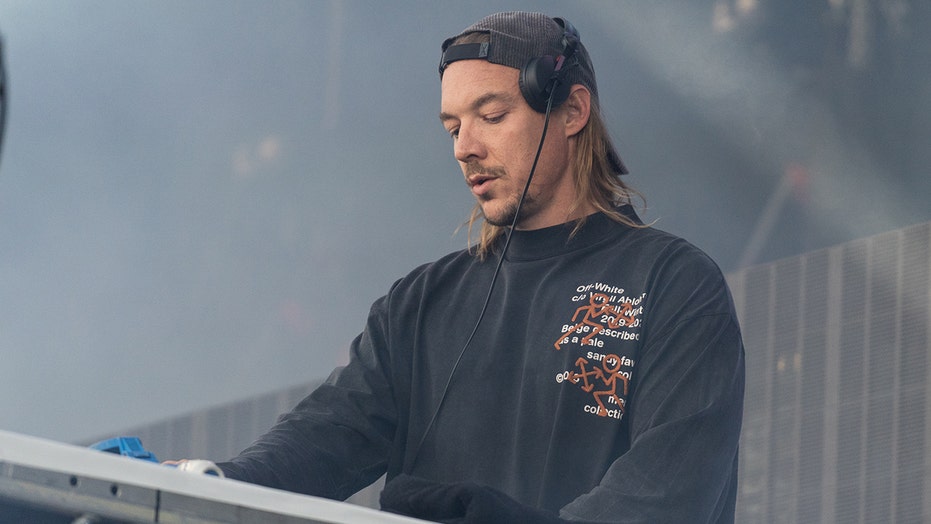 Diplo is lucky to be alive following a scary midair incident.

The world-renowned DJ and producer, 40, revealed in a series of Instagram posts that a window cracked during a flight on a recent trip he took while on tour.

"Dear Colombus and Minneapolis, my jet window just cracked open and the pilots are wearing masks so not sure ill make my shows tonight," the Silk City member wrote.

"But they left the wifi on so I’m just going to sit in the back and smoke toad venom and vlog. I just bought this cool vest in Dallas at a thrift store ….. Also I never told you this but I might b[e] gay," Diplo added, referring to a famous scene from the 2000 film "Almost Famous" where a character shouted "I'm gay!" during a turbulent flight.

After worrying fans, the artist later updated the caption of the post, assuring his followers that he was safe, but admitted he's now weary of customizing more jets, like he did with this wrecked plane. "Update: we landed and no one died I still might be gay but I’m definitely not going to tye die [sic] anymore jets," he wrote.

Fellow producer and OneRepublic frontman Ryan Tedder also left a concerned comment, saying, "BRUH. That is uncool I hate everything about that window." Diplo responded to Tedder shortly after, writing, "I'm def not doing anymore sessions with this window."

One of Diplo's musical collaborators, Martin Solveig, worriedly told the DJ in a pair of comments that he'd "been there" before. "Best of luck bro. I've been there it's scary. You should be close to the ground now. Hit us up when you touch the jetway we still need you Wes."

Last week, the DJ shared an image of himself posing in front of his customized jet, where he donned a matching tie-dye sweater and sweatpants.

Following his midair scare, Diplo posted a picture of himself in a facial mask, with the caption, "Yesterday I learned that life is fragile so I started a skin care routine."

He also jokingly urged his followers to date him now, before it's too late. "Also if your [sic] thinking of dating me or even a one night stand you should hit me up soon cause you never know I could be eaten by an alligator or something on one of my wierd [sic] tours."

Among Diplo's most recent work is an upcoming country project, created under the name Thomas Wesley, referring to his birth name, Thomas Wesley Pentz, Jr. According to the artist, he plans on "several forthcoming collaborations with country artists" in the future.

This year, Diplo also released his album "LSD," a collaboration with vocalist Sia and producer Labrinth.