Conrad Bain, the actor who played the father figure on the sitcom "Diff'rent Strokes," has died, a friend of the Bain family confirmed to FOX411.

Bain died of natural causes Monday night in Livermore, Calif., at the age of 89. His daughter Jennifer told TMZ: "He was an amazing person. He was a lot like Mr. Drummond, but much more interesting in real life. He was an amazing father."

Bain's death leaves only one surviving member from his "Diff'rent Strokes" TV family. Dana Plato, who played his daughter Kimberly, died in 1999 of a drug overdose. Gary Coleman, who played adopted son Arnold Jackson, died in 2010 after a fall down a flight of stairs in his home. Only Todd Bridges, who played his adopted son Willis Jackson, remains.

"I am deeply saddened by the sudden passing of Conrad as we were looking forward to celebrating his 90th birthday next month," Bridges told FOX411 in a statement. "In addition to being a positive and supportive father figure both on and off-screen, Conrad was well-loved and made going to work each day enjoyable for all of us. He will be missed, but never forgotten."

Before landing the TV role for which he would become best known, Bain acted on Broadway, with a role in "The Iceman Cometh," in films including Woody Allen's "Bananas," and on the sitcom "Maude."

"Diff'rent Strokes" debuted on NBC in 1978, an era when television comedies tackled relevant social issues. "Diff'rent Strokes" touched on serious themes but was known better as a family comedy that drew most of its laughs from its standout child actor, Gary Coleman.

Bain played wealthy Manhattan widower Philip Drummond, who promised his dying housekeeper he would raise her sons, played by Coleman and Todd Bridges. Race and class relations became topics on the show as much as the typical trials of growing up.

Coleman, with his sparkling eyes and perfect comic timing, became an immediate star, and Bain, with his long training as a theater actor, proved an ideal straight man. The series lasted six seasons on NBC and two on ABC.

In the show's heyday, Bain didn't mind being overshadowed by the focus on the show's children. He praised Coleman and Bridges as natural talents without egos.

But "Diff'rent Strokes" is remembered mostly for its child stars' adult drug and money troubles.

Bain said in interviews later that he struggled to talk about his TV children's troubled lives because of his love for them. After Bridges started to put his drug addiction behind him in the early 1990s, he told Jet magazine that Bain had become like a real father to him.

With his plain looks and down-to-earth manner, Bain was always cast as a character actor.
It was an audition for a role in the 1971 film "Cold Turkey" that led Bain to TV stardom. He didn't get the part but "Cold Turkey" director Norman Lear remembered him when he created "Maude."

Conrad Stafford Bain attended high school in Calgary, Alberta, Canada, deciding on his life's work after an appearance as the stage manager in a high school production of "Our Town."

He married artist Monica Sloan in 1945. She died in 2009. He is survived by three children: Jennifer, Kent and Mark. 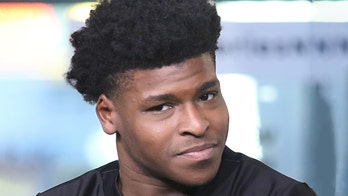 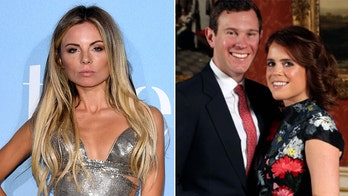