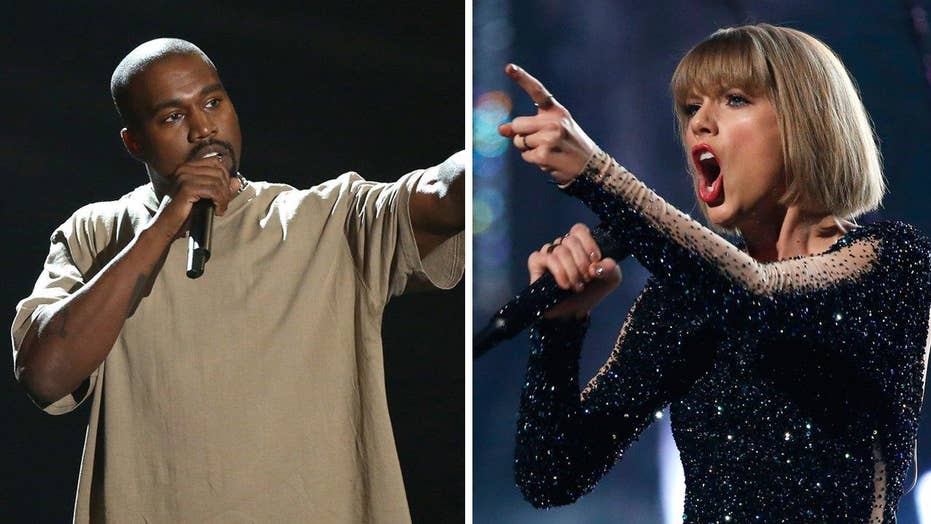 Taylor, Kanye feud heats back up

Fox 411: And Kim Kardashian is in the middle of it all

Kim Kardashian released a series of fuzzy Snapchat videos Sunday that feature her husband Kanye West chatting with Taylor Swift on speaker phone about his planned lyrics for his now controversial “Famous” tune.

The Internet erupted over the recordings and rushed to call Swift a liar over her previous statements that she had not signed off on the song. But Kardashian could actually be the star who’s in hot water at the end of all this because California is a two-party consent state, meaning both parties must be told that a conversation is being recorded.

TMZ reports Swift’s team learned of the recording back in February and sent West a legal letter warning him about violating the law. The gossip site reports the letter demanded West destroy any recording of the call between him and Swift.

West’s “Life of Pablo” album was primarily recorded in studios around California, according to the credits. Unless his conversation with Swift took place in a state where two-party consent is not required or outside the U.S., Kardashian or West could be prosecuted and be named in a civil suit. That would put the couple on the hook for any damages Swift suffers as the result of the recordings.

TMZ reports the conversation with Swift took place in a studio in California.

Furthermore, when Kardashian admitted to GQ in June that the conversation had been taped, Swift’s rep said the singer was not aware she was being recorded.

“Kim Kardashian's claim that Taylor and her team were aware of being recorded is not true, and Taylor cannot understand why Kanye West, and now Kim Kardashian, will not just leave her alone,” her rep said at the time.

Kardashian told GQ the conversation was caught on tape because West commissioned videographers to capture the entire album-making process for a possible documentary.

According to California’s Invasion of Privacy Act, any person who “willfully and without the consent of all parties to the communication” records communication “is punishable by a fine not exceeding… [$2,500] or by imprisonment in the county jail not exceeding one year… or by both a fine and imprisonment…”

California law also stipulates “any person who has been injured by a violation of this chapter” can bring legal action against the person who violated the law if his or her damages are greater than $5,000.

He said Swift's team could argue "very high" damages in a suit against Kardashian and West.

"In this case, of course, someone with Taylor Swift’s reputation, if it’s adverse to her reputation, the damages can be astronomical," he said. "[For] someone who has a lot to lose from negative publicity [damages] could be very very high."

Swift has defended herself against this recent backlash, clarifying she never agreed to the portion of West’s lyric that referred to her as “that bitch.” Kardashian’s recordings allegedly show Swift agreeing to a different part of the now infamous lyric.

Rep for Swift and Kardashian did not immediately return FOX411's request for comment.