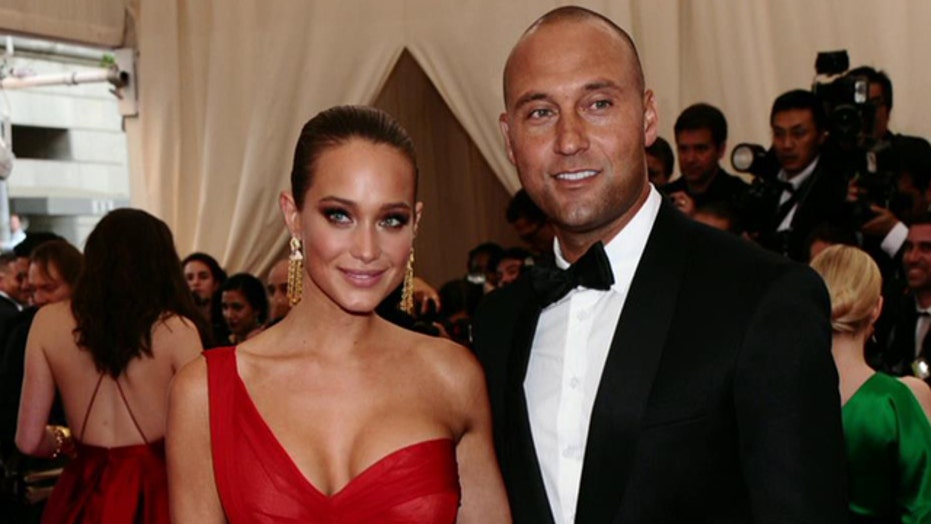 Derek Jeter has a new baseball team and now a new baby.

His sports website the Players Tribune’ tweeted a birth announcement on Friday.

The Bronx Bombers offered up their congratulations, too, and added, “We can’t wait to meet her!”

Baby Bella is the first child for Jeter, 43, and the 27-year-old Sports Illustrated Swimsuit model.

The former third baseman will be squeezing in diaper-changing amid his duties as a new owner of the Miami Marlins.

The couple announced in February that they were expecting. At the time, Hannah said she and her husband both wanted any future children to carve out their own identities separate from their famous father’s.

“They’re going to be born into such an extraordinary situation. They’re going to have to be some strong little people. We don’t want them to be defined by their dad’s name — for them, we want him to just be ‘Dad,’” Hannah wrote on the Players’ Tribune.

The pair tied the knot last July in Napa, Calif.