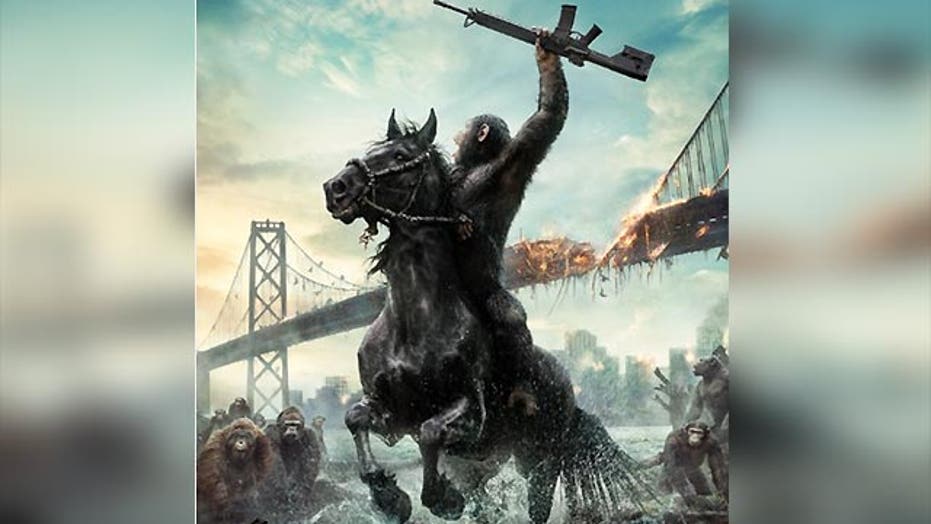 It’s tough to be a sequel. It’s even harder to be the sequel of a beloved classic series like “Planet of the Apes,” but Matt Reeves’ “Dawn of the Planet of the Apes” is not only the best sequel in the franchise and one of the best films of 2014, it’s the best science fiction film in years.

For a while, sci-fi films have become less allegorical and have morphed more into vapid, flashy action spectacles. Of course there are some exceptions like the incredible “Moon” and “Snowpiercer,” – even “The Hunger Games”– but “Dawn” follows its “Apes” predecessors as an intelligent, character-driven allegorical adventure.

“Dawn” jumps 10 years after “Rise of the Planet of the Apes” and the Simian Flu has wiped out the majority of the human race, leaving the highly-intelligent apes to rule. Caesar and his followers have created a community in the Redwood Forest and a chance encounter with a small band of humans sets off a cold war. The humans need to access to a dam in the apes’ territory in order to restore power to San Francisco but the apes and humans aren’t quite on great speaking terms. Spite and trust issues throw a monkey-wrench into the humans’ and apes’ conscious uncoupling, sparking a madhouse within both communities.

Reeves, with screenwriters Rick Jaffa, Amanda Silver and Mark Bomback, refresh the entire franchise by turning the point of view from the humans to apes, which are more expressive, relatable and “human” than the humans. This unexpected connection to the apes is one of film’s biggest surprises and the timeless morality play that Reeves and company have created should outlast most, if not all, recent science fiction films. Like the previous original “Apes” films (and the best science fiction films), “Dawn” has so many substantive layers spread over a rip-roaring entertaining adventure.

“Dawn” is incredibly engaging and almost Shakespearean with its tragic trajectory. Reeves deftly draws the line between ape and human but creates a reality where we so wish the two would peacefully co-exist. But the outcome has already been set in Franklin J. Shaffner’s 1968 “Planet of the Apes” which proves that that will never be the case. Like the best of Shakespeare’s tragedies, each character’s good intentions are overcome by their flaws, creating a path toward destruction.

While the motion-capture actors get all the fun, the human actors also keep the film grounded with solid performances.  Jason Clarke leads the humans alongside Keri Russell, Kodi Smit-McPhee and Gary Oldman. These aren’t the most engaging roles each have played, but they are all very strong actors who keep the franchise’s quality at its peak.

For the most part, the special effects are incredible. Of course Serkis’ motion capture is the prize-winner, but the blend of CGI with natural sets and interactions with between humans and some digital apes are impressive and believable.  Michael Seresin’s cinematography, not only captures the bleakness of a post-apocalyptic San Francisco, but quietly and unassumingly pulls the audience into an intimate setting and relationship with the characters, especially the apes.

Michael Giacchino’s score is one of the Oscar-winning composer’s best, balancing the desolation, full-on ‘gorilla’ warfare and finally Caesar’s nobility and Reeves provides ample room for Giacchino’s music to shine and often drive the story, which, sadly, is a rarity in film today.

With “Dawn” one of the best films of the year, as well as one of the best science fiction films in a while, Reeves’ return to direct the third installment is most welcome. A definite must-see!