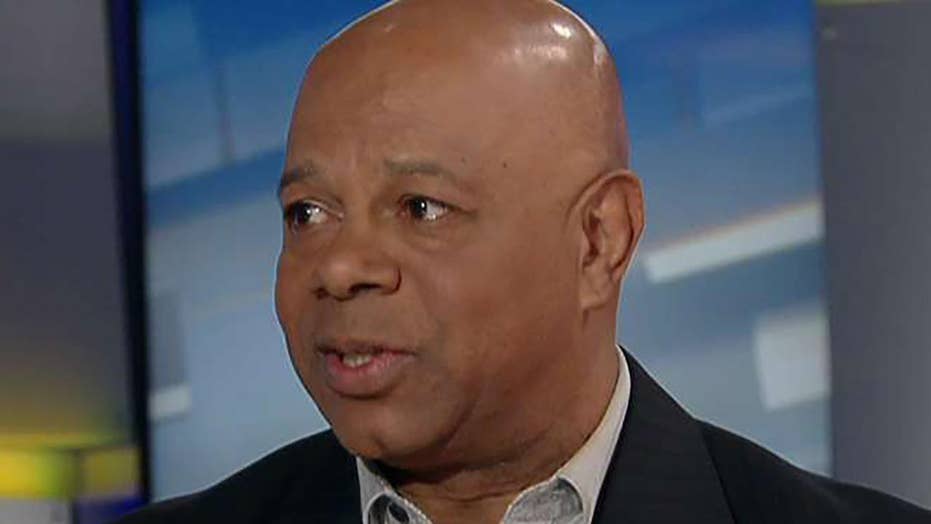 In a radio interview on job qualifications, CNN analyst Areva Martin accused Sirius XM radio and Fox Nation host David Webb of 'white privilege' before learning that he was black. Webb responds on 'The Ingraham Angle.'

Fox Nation host David Webb slammed CNN legal analyst Areva Martin for defaulting to a “false-narrative” attack when she accused him of benefiting from white privilege before learning he was black.

“There is no such thing as white privilege,” Webb said Wednesday morning on “Fox & Friends.”

Webb said Martin should be embarrassed for using an “easy, false narrative” when trying to make a point. Fox Nation’s “Reality Check” host accused Martin of assuming he was white simply because of his thoughts on issues such as due process.

The uncomfortable moment occurred Tuesday during a Sirius XM radio discussion about experience being more important than race when determining whether or not someone is qualified for a particular job.

“I’ve chosen to cross different parts of the media world, done the work so that I’m qualified to be in each one. I never considered my color the issue, I considered my qualifications the issue,” Webb said.

A dumbfounded Webb asked, “How do I have the privilege of white privilege?”

Martin responded, “David, by virtue of being a white male you have white privilege.”

The Fox Nation host then said, “I hate to break it to you, but you should’ve been better prepped. I’m black.”

The humiliated Martin apologized and quickly blamed her team for providing wrong information.

When reliving the awkward moment on “Fox & Friends,” Webb said Martin threw her staff “under the bus.”

“I have never done that to anyone that has worked on any of my shows, on radio or television. I would never do that,” he said. “Who gives you the wrong information, that I’m white, to come on my radio show?”

Webb then said there is a serious conversation that should be taken from Martin’s gaffe.

Webb said he invited Martin back on his Sirius XM program to have a longer conversation about white privilege before pointing out that things would be different if this happened to a liberal.

“It would be, calls for firing, they would be pressuring advertisers. The machine on the left would have gone into full-blown action,” Webb said. “They would have demanded that I be thrown off Fox.”