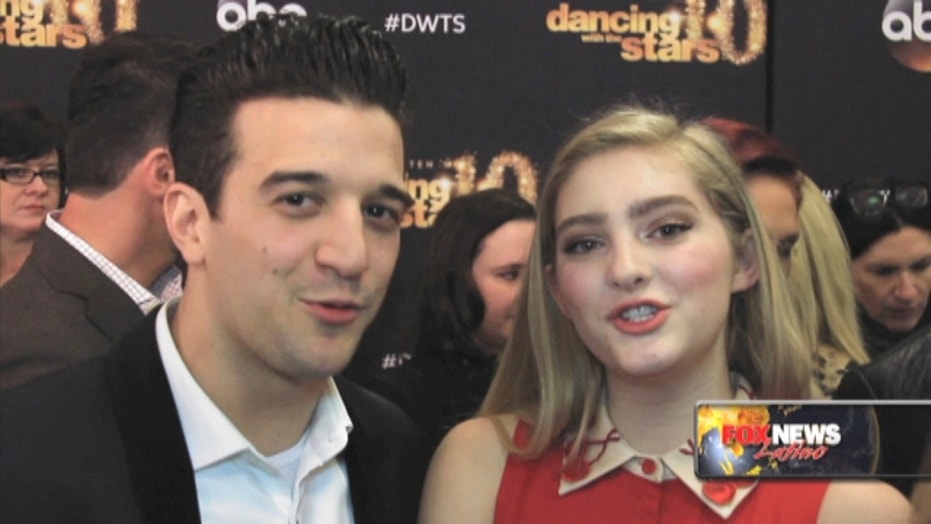 Los Angeles – With a landmark season and a landmark year, it’s only fitting that ABC’s "Dancing With the Stars" bring out the surprises.

Season 20 of the hit show announced its new cast live on "Good Morning America" Tuesday, with all but one couple taking the stage in California.

As usual, the talent lineup is an eclectic one — and this year it includes the youngest person ever to compete on the show: 14-year-old "Hunger Games" actress Willow Shields.

Shields, who says her only dance training lies in ballet, should have nothing to worry about considering she’s partnered with professional dancer Mark Ballas.

Ballas, who is half Mexican, has been on the show for 16 seasons. Dancing runs in his family, as both his parents are professionals. So how does he manage to train celebrities with little to no experience in different forms of dance all in a week’s time?

“I’m [a] very patient person. I’m a very fair person, I feel like. You know, it’s all about communication too. I really like to keep an open line of communication. If they’re happy with something, not happy with something, comfortable, not comfortable. And when you work as a team, you do far better than kind of just going in and calling the shots,” he told Fox News Latino.

While fans and viewers alike were unaware of the news until the big reveal, BFF Mark Ballas already knew what was going on, at least for some of it.

“I knew, I already knew,” he said with a smile. “I mean, Derek’s my best friend, my brother if you will. Grew up together, we lived together since we were 9 years old, so I was the first to know. So when they (GMA) were like ‘I wonder who the sixth pro is gonna be?’ I was like “hee-hee-hee!”

Ballas admitted though that he had no idea Hough’s partner would be Liukin, somebody he had tried recruit a while back.

The 20th season ‘Dancing With the Stars’ premieres Monday, March 16 on ABC.