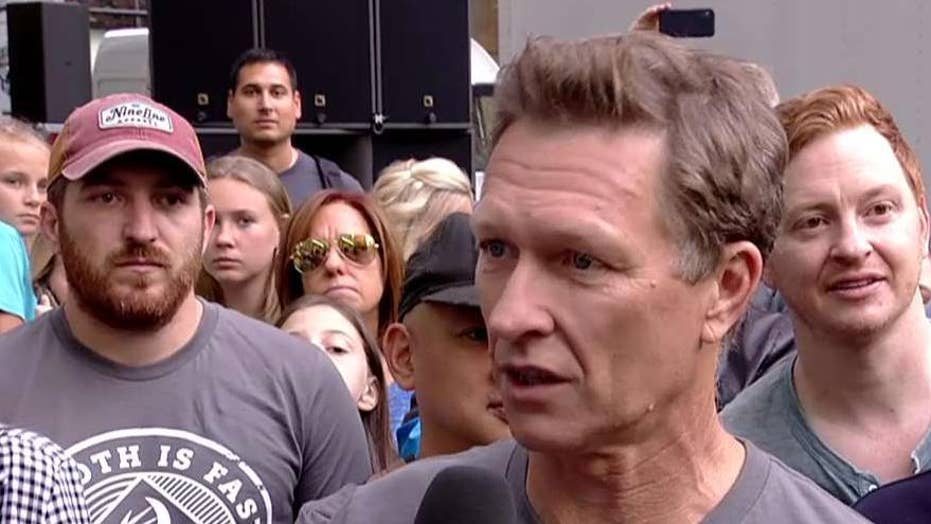 Country music star Craig Morgan opens up on his powerful new single about the death of his son and his partnership with Nine Line Apparel for a good cause.

Country music star Craig Morgan is taking a personal tragedy and using it to try and connect with other people.

The 55-year-old singer's 19-year-old son, Jerry, died in a drowning accident in July 2016 — and his new single, “The Father, My Son and the Holy Ghost," honors his memory.

"It was very tough to write. It's tough to perform," he admitted Friday while making an appearance on "Fox & Friends" in New York City.

"I had a very dear friend tell me, 'You must sing this song,'" he explained. Morgan, who wrote and produced the single, said he hopes that through this song he can "encourage other people to stick with their faith and make it work."

Three years after the accident, it's still difficult for him to talk about Jerry. "We miss him every day," he said.

"That's all we think about when we wake up and before we go to bed and throughout the day. It's something that's never going to go away but we have our faith and it is through our faith that we're able to keep moving and hopefully encourage others to be strong and to get through it."

Morgan says he feels his son's spirit all the time. "He might not physically be here but his presence is felt." The singer added that he believes Jerry gives him "little signs" that he's around.

"[My faith] is absolutely everything that I depend on. When I wake up in the morning I rest on my faith knowing that God is there for me," he added.

Morgan previously told Fox News: "He will never not be a part of our lives. Until the day I join him in heaven, he will be a part of my life."