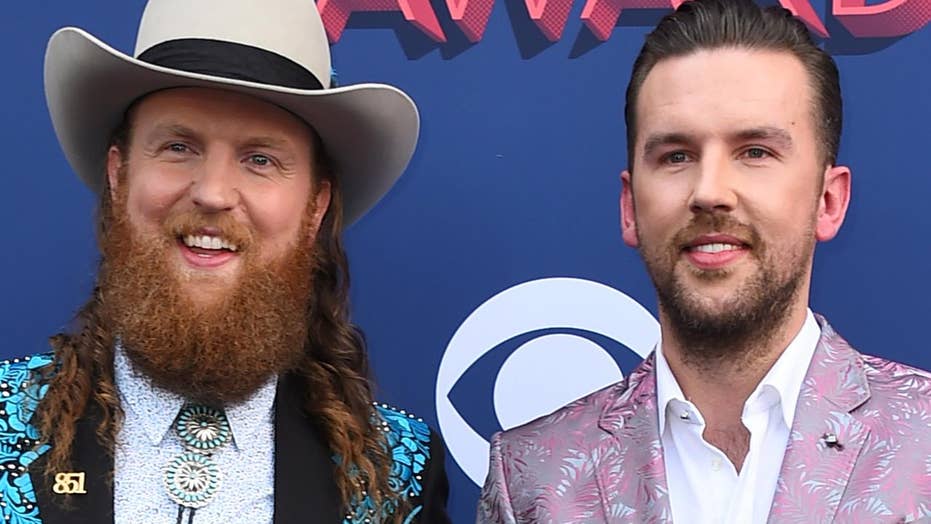 LAS VEGAS – Brothers Osborne already have multiple CMA and ACM wins, a Grammy nomination and several hit singles under their belt and they've only just released their sophomore album. FOX News caught up with the duo at the ACMs in Las Vegas and spoke about their collection of new tunes on "Port Saint Joe." The real-life brothers also shared that they're proud to be known for speaking their minds and not being afraid to talk about issues facing country music.

Fox News: You guys break all sorts of rules on your new album "Port Saint Joe." One of your songs is more than six minutes long.
John Osborne: I think art in general, it doesn't matter if it's performing arts, visual arts, music, there aren't rules right? Art is not restricted to anything but we've gotten used to this formula, of like, well, it's gotta be three minutes and 15 seconds at X [beats per minute] and it's gotta have a rap section or whatever. Maybe it works sometimes, but you can have a song that's 90 minutes long for all I care. It’s just art and it's an expression and it's saying something. We just got in the studio and we did what we felt was fun and we enjoyed it. We made a record for us that we love and if no one likes it well, I don't care. We love it, so that's all that matters.

Fox News: Why is it important for you guys to speak your minds even if it may not be popular?
T.J. Osborne: If you're not talking about things they're not going to change, so that's simply all we're doing. We just want to talk about them. We don't know the answers but I think there [is] definitely a better way to go about things, whatever the topics are. We're always just, let’s throw questions out there and talk about them. We do it with each other all the time. No one disagrees with us more than we disagree with each other, but we find common ground and we talk about things...We never like to alienate any of our fans and we certainly hate bringing anything political into it because ultimately music is to help people forget about that stuff, but at the same time we have a great tool and we don't want to take it for granted.

Fox News: Where do you see things going from here with the country genre?
John Osborne: It's really hard to tell. This is an incredibly unpredictable genre. I think most genres are. We've been doing it for a long time and if I knew the secret to that I'd be a billionaire by now but I will say it's showing signs of becoming more diverse. And I think all genres are healthy when it's diverse. For a few years there it was kind of the same sounding song on the radio over and over and over again because it resonated. And then it kind of hit a bubble but since then, there's a lot of really cool artists [coming up]. You have some like really cool pop artists, and you have some really cool classic country artists. I mean you’ve got like Sam Hunt and Midland or us or [Chris] Stapleton and Miranda [Lambert] and Maren [Morris] and Kasey [Musgraves]. It's really diverse but we're all part of the same community and I think that's really healthy and it seems like it's only getting better.