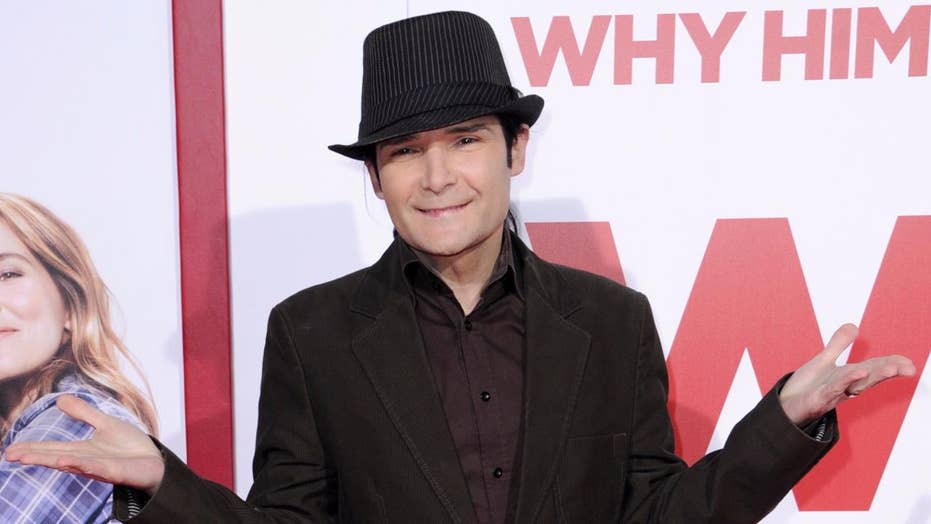 Corey Feldman reveals the name of his sexual predator

Fox411: 80's star Corey Feldman sat down with Dr. Oz and revealed John Grissom, an actor with parts in two of Feldman's films, as the man who attacked him when he was 14.

Just two days after the Los Angeles Police Department announced it was investigating claims about Hollywood pedophiles made by Corey Feldman, the LAPD said it has closed the investigation.

A spokesperson for the LAPD told Fox News the statute of limitations had expired on the incident Feldman reported to them.

The ‘80s star revealed on Monday that he spoke with the LAPD and gave them information about the sexual abuse he has long said occurred when he was a child star alongside Corey Haim.

“In this case of Corey Feldman, according to California law the alleged occurrence is out of statute and Robbery/Homicide have no avenues to pursue the case," an LAPD officer told Fox News on Thursday.

The details of what Feldman reported to police are not known, but in California, sex crimes committed against a minor must be prosecuted before the abused turns 40 years old. Feldman is 46.

Feldman has said in the past there are pedophiles within the entertainment industry that preyed on him and now-deceased pal Haim. He’s been crowdfunding a film to expose those men.

In a video promoting his planned film about Hollywood pedophiles, Feldman declared, “I believe we can… bring down potentially a pedophile ring that I have been aware of since I was a child. Right off the bat I can name six names.”

Meanwhile, last week on “Dr. Oz,” Feldman alleged one of the men who abused him was Jon Grissom, an actor who had small parts in some of Feldman's ‘80s films including "License to Drive" and "Dream a Little Dream.”

The renewed interest in “The Coreys” comes after Hollywood power producer Harvey Weinstein saw a swift downfall as women came forward to accuse him of rape, sexual assault and harassment.