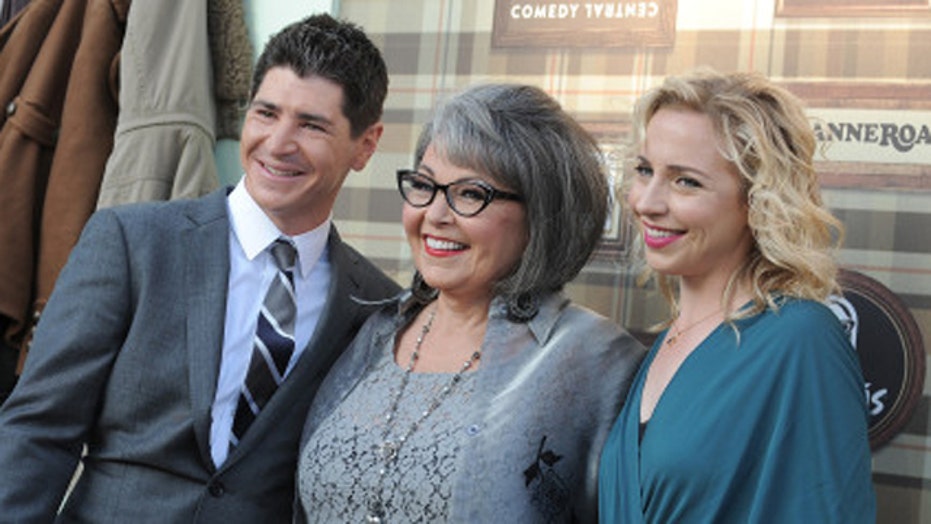 DJ and Becky from 'Roseanne'

Whatever happened to the Conner kids from 'Roseanne'?

Becky Conner has a secret.

We had Lecy Goranson, aka Becky Conner, and Michael Fishman, aka D.J. Conner, in the Fox411 studio to give us behind-the-scenes scoop from their hit 90s sitcom "Roseanne."

We asked them if there were any behind-the-scenes romances we might not know about.

“I was young.  I was the young guy in the group so I didn’t date anybody,” Fishman revealed.

Goranson? She hemmed and hawed like a reluctant witness on the stand.

“While I shouldn’t say I was promiscuous or anything but…I never really had a thing with any of my costars as cute as they are were," she said. "Maybe…maybe.”

The TV brother and sister were, however, happy to share several fun, but less titillating, "Roseanne" details. (We TV is currently celebrating the 25th anniversary of the famed show.)

“I had such a great experience. Everybody was so kind," Fisham said. "It was such a family environment and we all just had a good time while making groundbreaking television.”

“I got a lot of hell when I went back to Chicago," Goranson added. "It’s pretty hard being in those tight pink pants in high school and revisiting your friends, but yeah, adolescence on the screen is an interesting mix."

And while many child stars succumb to the temptations of Hollywood, these two said the Conner kids stayed grounded.

“The big part of it is the choices you make and the responsibility you take as an individual and we were lucky.  I think we were worked with really supportive people and we had families that were very supportive and very normal and we really adapted to.  We never looked at it as we were stars, we looked at it as this is a job that we take a lot of pride in but at the same time, you know, we never wanted to get credit for those things and be the person making the problem,” Fishman explained.

“I think it’s important to differentiate yourself from whatever that person is, you know, it’s a job and then it’s you, and I think what happens is that people don’t feel that they have value outside of that, you know, what if that went away?  Then what?  Then who am I?  Do I still matter?  Do I still have value?" Goranson said. "And I think that’s a real question.  I don’t belittle people that struggle with that because that’s a real thing."

Fishman attributed part of his ‘normal’ upbringing to having Roseanne Barr as a second mother.

“She was a very dynamic personality and very outspoken and willing to be blunt with you and I always felt that was a huge benefit to use because we knew exactly where we stood," he said.

The supportive family feel transferred into real life, especially when Barr ran on the Green Party’s ticket for President.

“I think that she was trying to make a statement and I think that whether you like the policies or disagree with the policies, I like the idea that somebody can choose to do that, that’s here’s a person who’s really invested their time, their ideas, their money and I think that’s what the idea of being in democracy is supposed to be about, If you as an individual can voice it that you can be a leader if you want," said Fishman. "I thought that part was fantastic."

Goranson was a little more circumspect. “I thought it was pretty funny.  I mean I don’t think it was a big threat.  I’m not surprised.  I mean that’s how she rolls.  I have a feeling it was probably predominantly about marijuana, is my guess.”