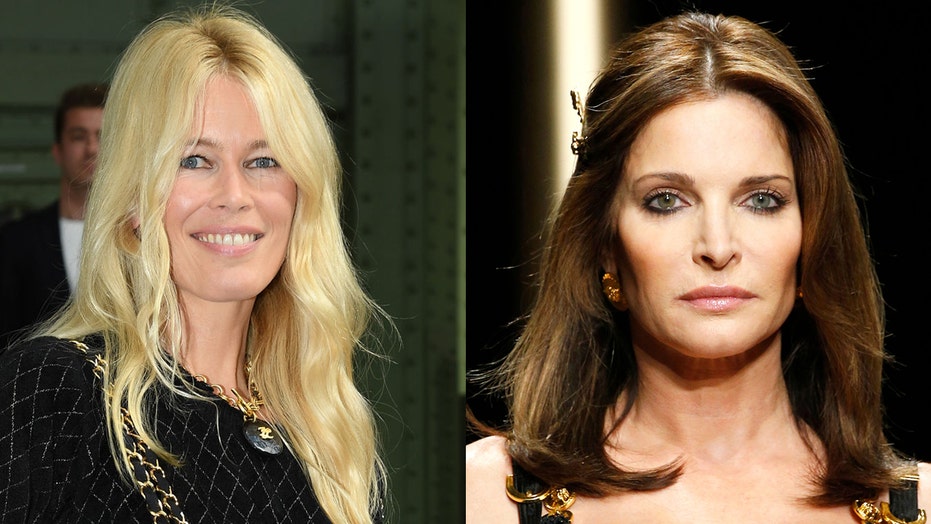 Claudia Schiffer and Stephanie Seymour are back in front of the camera and looking better than ever.

The supermodels, who rose to fame in the ’90s, graced this month's covers of Vogue Italia and bared it all in a sexy selfie photoshoot.

While nearly naked -- a few strategically places props kept them from exposing it all -- the 48-year-old and 51-year-old made artistic statements about the "female gaze" and female empowerment. The covers were supervised by photographer, Collier Schorr.

“Because of who I am and who they are, I think these shoots are about women’s acknowledgment of their own sexuality and is very different to the representation of desire, which is always connected to the maker of the picture,” Schorr wrote on Instagram. “I think this was about Claudia, Stephanie’s and my relationships with our sexualities and bodies, and about being seen as older women.”

Schiffer praised Schorr for their on-set collaboration. “In several cases I took the picture, obviously after it was prepared by Collier. She is above all an artist, and her point of view is sharp and very interesting — it starts from a completely different direction," she said in a press release.

Meanwhile, Seymour admitted that the experience made her see herself in a different light.


“I see a mother. A wife. I see all the things I have to do in a day,” Seymour added. “I see all my responsibilities. Growing up, responsibilities as a woman also grow. Being in control of your life is very important. I try not to think about myself but the people I have to take care of, my children, my friends, my company, my husband. I don’t like to think that the world revolves around me.”

The last time Schiffer was featured on the iconic fashion magazine was 25 years ago and for Seymour, it's been 32 years.

Schiffer's most recent modeling work includes walking in a Versace fashion show in 2017 which honored the Italian label's late designer, Gianni Versace, on the 20th anniversary of his death. While Seymour posed for Love magazine in 2017.