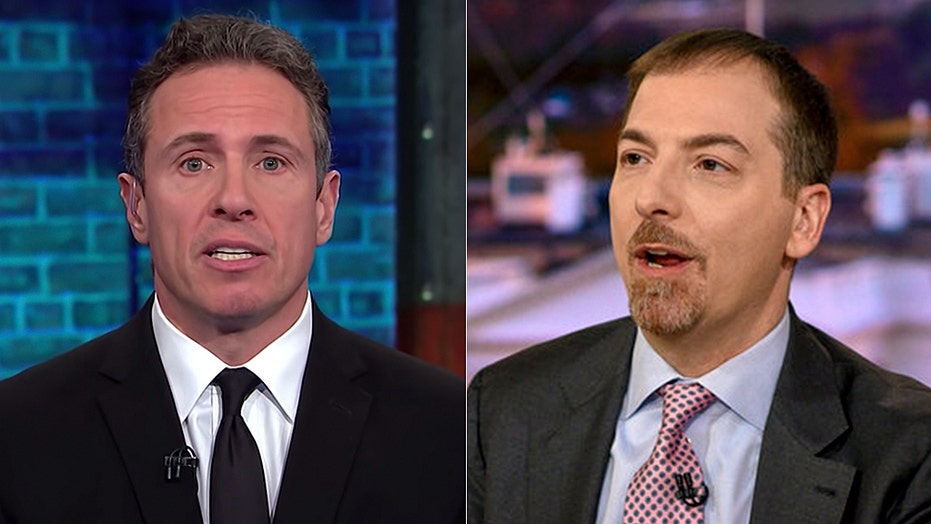 NBC "Meet the Press" moderator Chuck Todd fired back at Chris Cuomo, after the CNN anchor compared him disparagingly to Jake Tapper in a tit-for-tat between the left-wing anchors.

In a profile with The Hollywood Reporter, Cuomo, who hosts the "Cuomo Prime Time" program on CNN, said: “Anderson Cooper is a hell of a lot bigger than any male anywhere on network television.

Speaking on WABC’s "Bernie and Sid in the Morning" radio show, Todd said he was baffled as to why Cuomo side-swiped him.

“I don’t know the guy, I’ve met him once, I don’t know much about him, I’m not kidding. I’ve no idea where this guy’s coming from,” he told the hosts.

“I just read it as somebody who wanted to defend the fact that nobody in broadcast television wanted to hire him I guess, or he couldn’t get the job that he wanted. I don’t know what it was but he was awfully defensive, so he took shots at other people. I’m like, 'dude.'"

Todd added that he considers Tapper, the Chief Washington Correspondent for CNN, to be one of his closest friends, and said that Tapper was “probably angrier” with Cuomo’s comments than anyone. Tapper has not publicly commented on either anchor's views.

“When you’re being [judged] solely on [ratings], it sucks, he’s defensive because he’s being judged on ratings. And ok, so he’s up against two juggernauts at 9 p.m. Nobody would be doing well in that timeslot.”

Cuomo’s 9 p.m. show is in the same timeslot as Fox News’s "Hannity" and MSNBC’s "The Rachel Maddow Show."

On Wednesday evening, "Hannity" led the way in ratings once again, with 3.29 million viewers, while Maddow's show had 2.6 million, and Cuomo trailed a distant third, with only 901,000 viewers, according to Adweek.