Christian Bale made his feelings about former Vice President Dick Cheney quite clear in his acceptance speech for the Golden Globe for Best Actor in a Musical or Comedy for "Vice" — and it was much different from the respect he showed Cheney in an interview with Fox News last month.

Bale, 44, thanked his wife, Sibi Blazic, profusely before getting political.

The critically acclaimed British actor said he was "cornering the market on charisma-free a—holes ... What do we think, Mitch McConnell next?"

He added, "Thank you to Satan for giving me inspiration to play this role."

Bale previously spoke to Fox News about playing Cheney, expressing his admiration for the former George W. Bush administration member, but he had never spoken about the Republican Majority Leader.

“He was a wonderful family man — he’s a great dad, he’s an avid reader, he has a brain like a vice and he constantly reads history,” Bale told Fox News of Cheney at the premiere of “Vice" on Dec. 11 in Beverly Hills, Calif. ”He was very laid-back. He would have been very happy to be a lineman in Wyoming if he hadn’t met Lynne, who said to him, ‘No, that doesn’t cut it. You need some ambition.’ What would have been if they hadn’t met?” 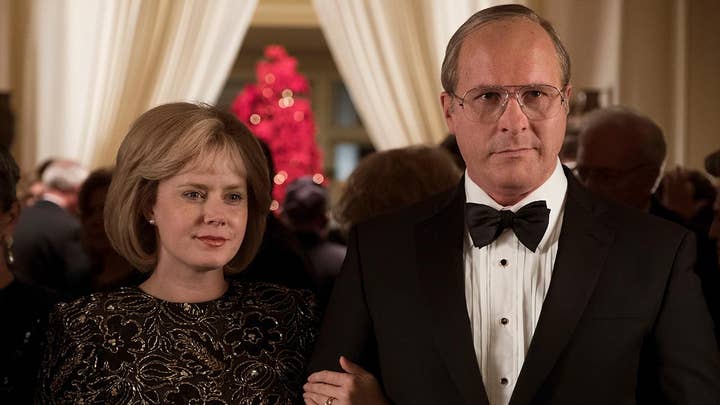 However, when asked if he believes the real-life Cheney will find the movie enjoyable or irksome, Bale could only speculate.

“I think he’ll certainly find it entertaining, at the very least. I think he’s very thick-skinned — you know. He has no remorse or regrets about what he’s done — he always says, ‘I would do it again in a minute.’ He doesn’t back down — he doesn’t apologize about anything,” Bale said. “So, I think he’s a thick-skinned guy and I’d love to hear his thoughts. He’s a very intelligent individual, no matter what your thoughts are about him — he’s a smart cookie. So, I do hope so.”

'VICE' STAR CHRISTIAN BALE ON WHAT HE LEARNED ABOUT DICK CHENEY, WHY HE DON'T DO ANOTHER BODY TRANSFORMATION

Fans were struck when Bale first stepped out having put on weight to play Cheney in the film. As fans of the former “Dark Knight” star will note, he’s prone to completely adjusting his body to better play a character. However, after the Cheney transformation, the actor admitted that this may have been the last major body change for the star. 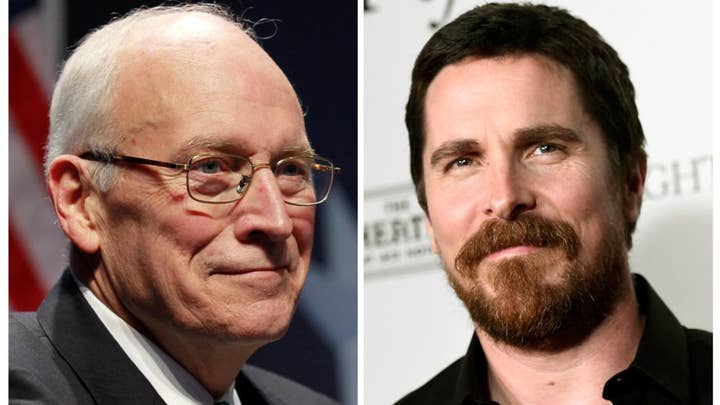 “Right. Yeah, I think I’m done — you know. Everything hurts,” he said with a laugh. “Everything hurts now. I’ve gotten really stout thinking if I can manage this again, and the answer is probably no.”

"Vice" led the Golden Globes nominations with six nods, but Bale's win was the film's only victory of the evening.

Late Sunday, the Church of Satan responded to Bale's speech, tweeting, "To us, Satan is a symbol of pride, liberty and individualism, and it serves as an external metaphorical projection of our highest personal potential. As Mr. Bale's own talent and skill won him the award, this is fitting. Hail Christian! Hail Satan!"