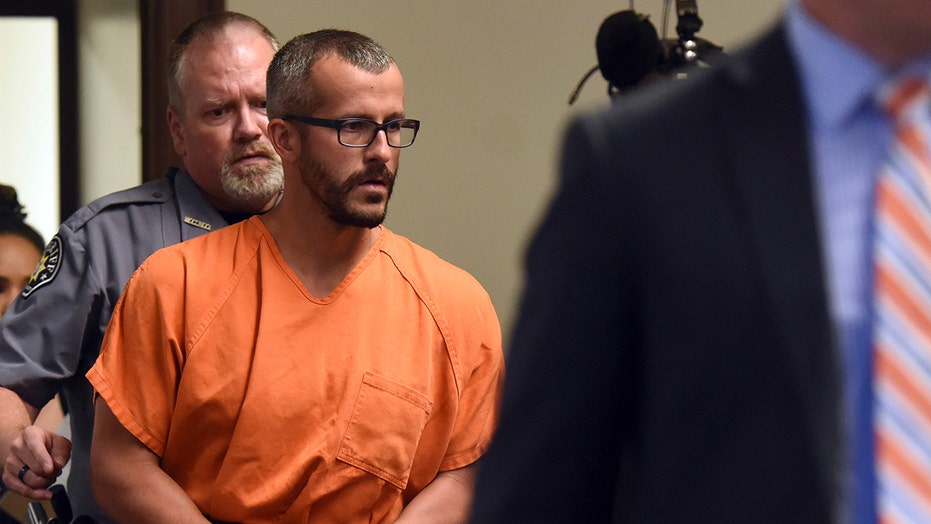 The shocking story of Chris Watts – the Colorado man who murdered his pregnant wife and two young daughters in August 2018 – is getting renewed attention after Lifetime released two new films Saturday revealing new details about the investigation that eventually resulted in his conviction.

Watts is serving five life sentences for the murders of his wife Shanann Watts, who was 15-weeks pregnant at the time, and their daughters Bella, 4, and Celeste, 3, on August 13, 2018.  After making emotional on-camera pleas for his family’s return, Watts failed a lie-detector test and later confessed to authorities he had a role in their killing, Good Housekeeping reported.

He first claimed he strangled his wife to death in a fit of rage after she had smothered their daughters to death – purportedly as revenge for the husband asking for a separation. But he later confessed he killed all three – first Shanann by strangling her, and later his daughters by smothering them in a blanket before dumping their bodies in an oil field owned by a co-worker. He pleaded guilty to all counts.

FILE - In this Aug. 16, 2018, file photo, Christopher Watts is escorted into the courtroom before his bond hearing at the Weld County Courthouse in Greeley, Colo. The Colorado man, charged with killing his pregnant wife and two daughters, has pleaded guilty Tuesday, Nov. 6, 2018, under a plea deal that will allow him to avoid the death penalty. (Joshua Polson/The Greeley Tribune via AP, Pool, file)

Lifetime’s “Chris Watts: Confessions of a Killer” and “Beyond the Headlines: The Watts Family Tragedy,” which both aired on Saturday, give a new take on the slayings. The first movie depicts the Colorado Bureau of Investigation’s agent Tammy Lee, played by actress Brooke Smith, as she works to bring Chris to justice.

The movie part of Lifetime's "Ripped from the Headlines" series includes an ominous recreation of a real-life Facebook video posted by Shanann’s before her death in which she tells her husband she’s pregnant, according to Oxygen. Another figure -- Nichol Kessinger, the woman Chris was having an extramarital affair with at the time of the murders – is also portrayed in the film.

She is reportedly in witness protection after she was cleared of wrongdoing. She has stated that Chris told her that he was in the process of separating from his wife when they first began to date as co-workers, according to Inquisitr.

The second film, more of a documentary, includes new interviews with the real-life Lee as well as Shanann’s close friends, Cassandra Rosenberg and Cindy DeRosset.

The Watts Family has been the subject of other crime documentaries in the past. Last June, Investigation Discovery (ID) released a docuseries on the case titled “Family Man, Family Murderer: An ID Murder Mystery.”