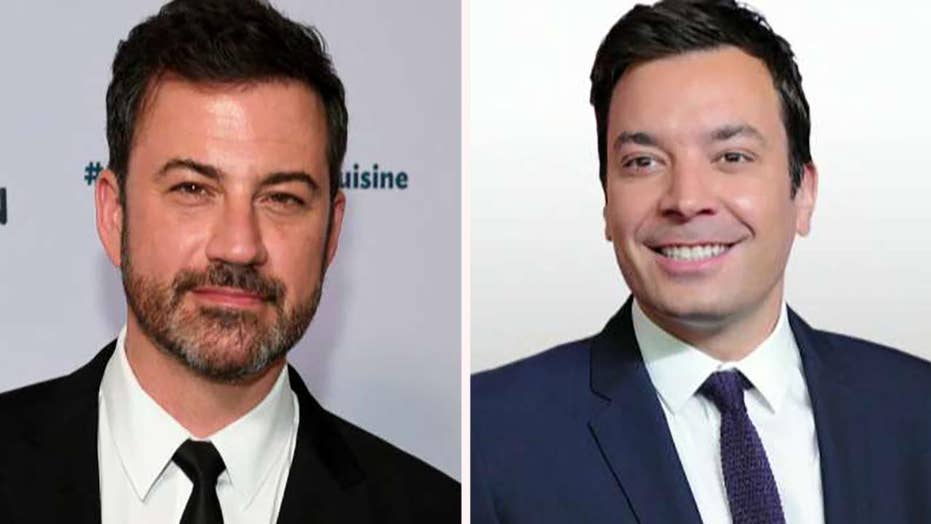 Networks ignore their own stars' history.

Chris Rock broke his silence on the controversy that surrounded “Tonight Show” host Jimmy Fallon after a video resurfaced of him doing an impression of Rock in blackface in a 2000 sketch on “Saturday Night Live.”

Fallon was forced to issue two apologies this spring when critics called for his cancellation after the clip resurfaced amid a heightened rebuke of comedians’ past use of blackface. Although the controversy focused on Fallon's impression of Rock, the comedian stayed relatively quiet on the subject until now.

Speaking with The New York Times ahead of the season premiere of “Fargo,” Rock explained that, while he certainly doesn’t condone the use of blackface, he was never offended by Fallon’s impression.

CHRIS ROCK RIPS PELOSI, DEMS: 'YOU LET THE PANDEMIC COME IN' DURING IMPEACHMENT

Chris Rock spoke out about Jimmy Kimmel impersonating him in blackface. (Netflix/Getty Images)

“Hey, man, I’m friends with Jimmy. Jimmy’s a great guy,” he told the outlet. “And he didn’t mean anything. A lot of people want to say intention doesn’t matter, but it does. And I don’t think Jimmy Fallon intended to hurt me. And he didn’t.”

He later added that he believes “blackface ain’t cool,” arguing “who needs it?”

Rock’s comments put a bookend on the controversy that surrounded the late-night host, who previously dedicated time from his show to issue an apology to viewers.

“I had to really examine myself in the mirror this week, because a story came out about me on ‘SNL,’ doing an impression of Chris Rock in blackface,” Fallon said in June.

“Not at the fact that people were trying to cancel me, or cancel the show – which is scary enough--but the thing that haunted me the most was how do I say, 'I love this person, I respect this guy more than I respect most humans, I am not a racist, I don't feel this way,'" Fallon added at the time. "And instead, what I kept getting advised was to just stay quiet and to not say anything. And that's the advice because we're all afraid."

Fallon explained that he ultimately decided that staying silent on the matter was the exact kind of thing that was causing problems with racial tension in the U.S.

“I realized that the silence is the biggest crime that White guys like me, and the rest of us, are doing,” he concluded.

His words on his late-night show came soon after he took to Twitter to issue an apology on the matter as well.

“In 2000, while on SNL, I made a terrible decision to do an impersonation of Chris Rock while in blackface.  There is no excuse for this,” he wrote. “I am very sorry for making this unquestionably offensive decision and thank all of you for holding me accountable.”