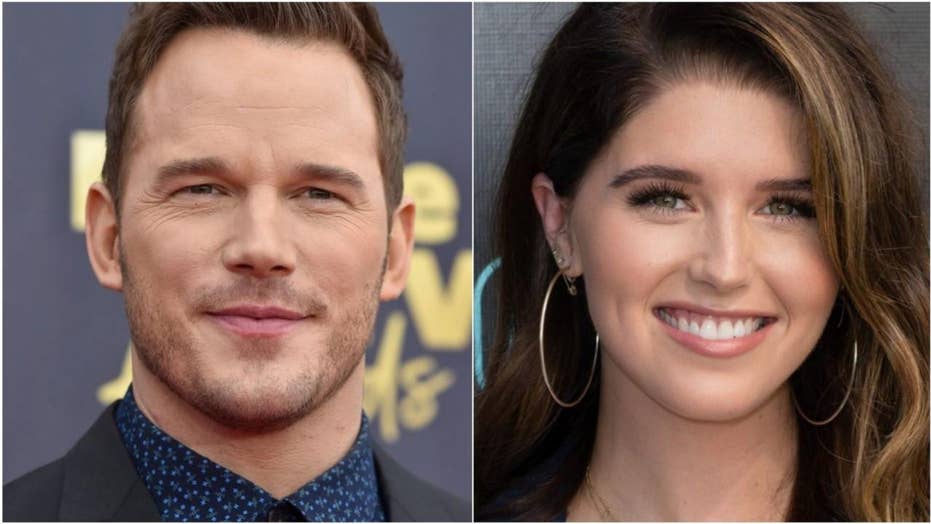 Chris Pratt and Katherine Schwarzenegger sure know how to improvise.

The newly engaged couple found a creative way to measure their new house after they realized they forgot to bring a tape measure.

“When you need to see if your stuff will fit in the new place but you forgot the tape measure,” Pratt posted on Instagram on Sunday.

The post showed Schwarzenegger stretching out her arms and legs in an attempt to measure out the rooms. Several followers said the image was “hilarious,” but also noted the couple could have downloaded an app on their smartphone that would allow them to measure the house without a tape measure.

Pratt and Schwarzenegger didn’t seem to mind the setback. They posted several more photos on social media of themselves enjoying the rest of the day snuggling with the lambs that live on their property.

“Clementine snuggles Cupid. The half sisters, daughters of Rex Dangerfleece get along well. We’ll see if that changes come middle school,” Pratt captioned a photo of him and Schwarzenegger holding two of the animals.

Pratt is an avid lover of farming, much to the chagrin of critics who consider his farm-to-table and hunting habits "problematic." The actor previously revealed that he's looking forward to spending more time on his farm and less time on movie sets, telling reporters that in the future he wants "lots of kids."

Pratt announced he proposed to the 29-year-old author in January months after they began dating. They were first spotted together in June after Schwarzenegger’s mother, Maria Shriver, set the pair up.

“Sweet Katherine, so happy you said yes! I’m thrilled to be marrying you. Proud to live boldly in faith with you. Here we go!” he captioned with a diamond ring emoji.

Schwarzenegger, the daughter of actor and former California governor Arnold Schwarzenegger, shared the same sweet snap, writing, "My sweet love. Wouldn’t want to live this life with anyone but you."