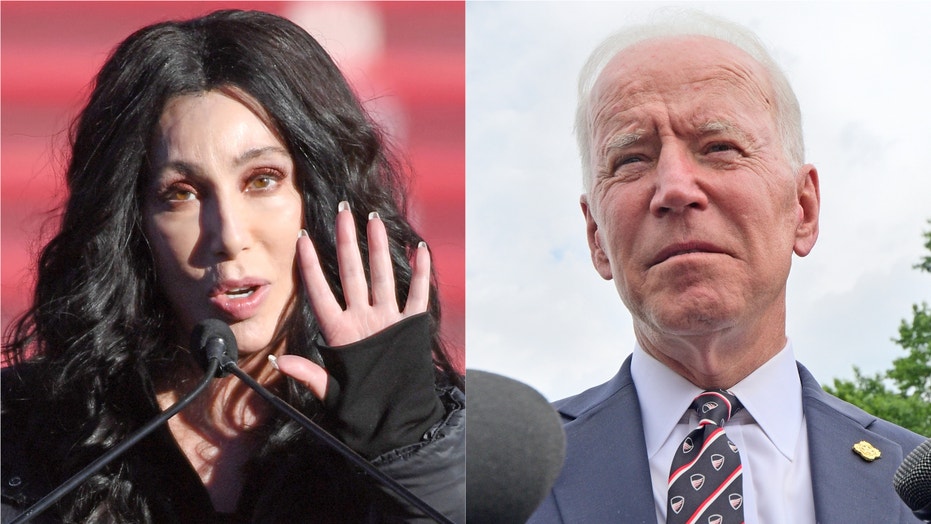 Cher has never been one to mince her words and certainly won't start now.

The 73-year-old entertainer has been candid about her criticism of President Donald Trump and his administration and believes his presumptive Democratic opponent, Joe Biden, possesses the capability of defeating him in November.

During a recent interview with Billboard magazine, Cher offered up her opinion of Biden and why she thinks he'll be a good president.

“I like Joe. I’ve known Joe for a long, long, long time. I had a meeting once with him and I thought, ‘You know what? This is an honest man.’ It was way before he was with Barack Obama," she explained.

The Oscar winner recalled a potentially awkward moment when Biden made her feel at ease.

“Then I saw the pictures in his office and I said, ‘Oh my God, such beautiful children and your wife is so pretty’ — and it was his wife and daughter who had died. I was like, ‘OK, Cher. Insert foot in mouth’" she said.

"But he was just so great about it. You know, everybody’s got faults, but at least he has a soul and he understands pain. He’s also been a politician for a gazillion years. I think he still has got it or I wouldn’t vote. I’m actually registered as an independent. It means I don’t agree with everybody, but in the final analysis, you have to vote for the one side you hate the least," Cher added.

The singer also slammed Trump, how his task force mishandled the coronavirus, and his comments about ingesting disinfectant.

"I detest this president and everyone in his administration. I think they mishandled this, they lied and they are still lying," she said.

"I dislike [Trump] because I don't think he has a good or compassionate bone in his body," she continued. "That may sound dramatic, but I never thought there was any chance I would fear for my life in my own country and see something handled that's so deadly in such an insane way. Sure, shoot Clorox in your arm or put UV light into your stomach or take hydroxychloroquine, when everyone knows it can cause heart damage, stroke or whatever!"

But one person she does respect during the outbreak is Dr. Anthony Fauci. "I think Dr. Fauci is a very honest man in a really tough place," she stated. "Trump wants to be the organ grinder and for everyone else to be monkeys. You have to either fall into that place or walk a tightrope that's like a hair to try to tell the truth and not get fired."