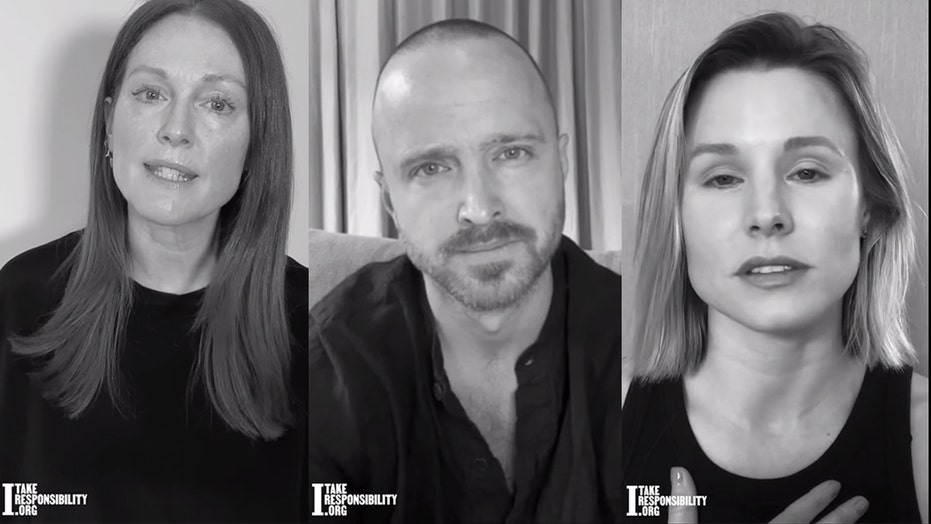 A new PSA about fighting racism and acknowledging white privilege has some on social media irked.

In a video for the “I Take Responsibility” campaign, multiple high-profile white celebrities are featured taking "responsibility for turning the racist tide in America," denouncing police brutality, and committing to learning more "about issues facing the black community.”

CELEBRITIES WHO HAVE BEEN 'CANCELED' OVER SCANDALS, STANCES ON PROTESTS

“Black people are being slaughtered in the streets, killed in their own homes. These are our brothers and sisters, our friends, our family. We are done watching them die. We are no longer bystanders. We will not be idle. Enough is enough.”

The video also alludes to the recent deaths of George Floyd, Ahmaud Arbery, Breonna Taylor and Atatiana Jefferson, which have sparked global protests in support of the Black Lives Matter movement.

The campaign website shares links to donate to several memorial funds and racial justice organizations in the United States such as Reclaim the Block, Campaign Zero, NAACP, Color of Change and more.

While many fans praised the message of solidarity, others said the video seemed forced and it reminded them of actress Gal Gadot's video montage of celebs singing “Imagine” during the coronavirus pandemic.

"#ITakeResponsibility? Are they acting in this PSA? Did black people ask for this? Can someone help me understand?" one person asked before stating that he is "fine with the message but wish they said racism and wish they weren't reading. I'm happy they're doing something. It just seemed a lot...?"

"Can you make it at least look like you’re not totally acting? You’re really gonna go for the Oscar for this #ITakeResponsibility PSA?" another user, stand-up comedian Kelly Collette, said.

"The celebs are back with the cringe in new #ITakeResponsibility video," someone else wrote.

Another unimpressed commenter said: "That #ITakeResponsibility PSA video from a bunch of white celebrities is awful. It’s a cringeworthy stream of nonthing [sic] of any importance. Donate, support, read up and step up. Don’t put out a video like that again."

Meanwhile, one person asked: "Haven’t they learned from Gadot?"