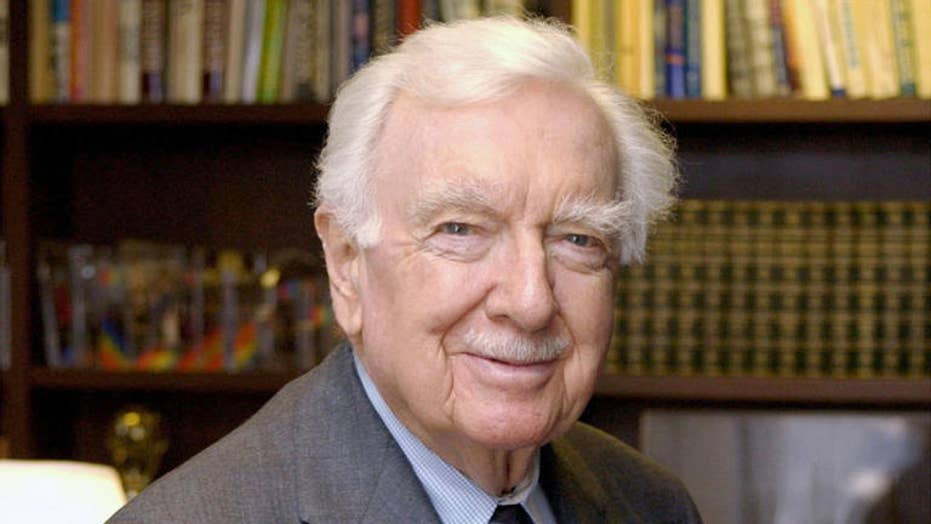 CBS dug up for Earth Day a decades-old news clip about pollution and the environment urging people to “act or die,” while its current morning show hosts endorsed punitive fees on some urban motorists.

CBS "This Morning" played the vintage video of Walter Cronkite in 1970 endorsing the Earth Day as “a day set aside for a nationwide outpouring of mankind seeking its own survival.” In another clip, Cronkite says: “The gravity of the message of Earth Day still came through. Act or die.”

In the spirit of the doomsday warnings in 1970, which have since been ridiculed for over-the-top predictions, the show aired a segment praising London’s ultra-low emission zone that forces motorists to pay high fees just to drive through the center of London.

“Approach central London and you'll see these signs announcing a charge just for bringing your car into town. Ka-ching, about 15 bucks. And if you've got an older car, especially if it's a diesel, the overhead cameras will spot you, and under the new, ultra low emissions zone, that will be another sixteen and a half bucks. That’s over $30 just to drive into town,” the segment said.

The show’s co-anchor Gayle King said the fees are a way of doing “a little something” to fight climate change and suggested the policy will encourage people to update their vehicles or “take the bus.”

The broadcast didn’t raise the criticism shared by Londoners and British conservatives that say the roll out of the policy hits the poorest motorists the hardest as, unlike wealthy residents, they cannot upgrade their vehicles to the required standard to avoid fees.

The show’s co-anchor Gayle King said the fees are a way of doing “a little something” to fight climate change. (Reuters)

Many of the initial predictions about global warming voiced in the 1970s have been debunked. Ecologist Watt, according to the Daily Signal, issued a number of bombshell predictions in the wake of Earth Day in 1970, warning of the imminent shortages and the end of crude oil.

“By the year 2000, if present trends continue, we will be using up crude oil at such a rate … that there won’t be any more crude oil,” Watt reportedly said. “You’ll drive up to the pump and say, ‘Fill ‘er up, buddy,’ and he’ll say, ‘I am very sorry, there isn’t any.'”

According to various studies, the world oil consumption more than doubled since 1970 thanks to the emergence of industrial powers such as China and India.

American Enterprise Institute, as pointed out by the Media Research Center, also notes the over-the-top tone of the media in 1970, encapsulated by Life magazine’s reporting that “in a decade, urban dwellers will have to wear gas masks to survive air pollution … by 1985 air pollution will have reduced the amount of sunlight reaching earth by one half.”