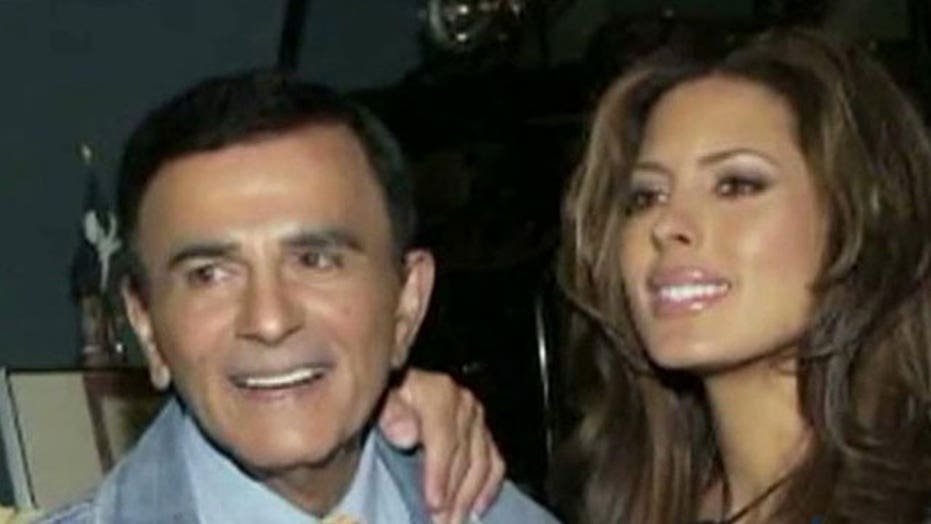 PORT ORCHARD, Wash – A daughter of ailing radio personality Casey Kasem was granted regularly visits with him on Friday after raising concerns about his care.

The ruling by a judge in Washington state marked the latest twist in the ongoing dispute between Kasem's wife Jean and her stepdaughter, Kerri Kasem, who has said in court filings that her father suffers from a form of dementia.

Casey Kasem gained fame with his radio music countdown shows, "American Top 40" and "Casey's Top 40." Now 82, he and his wife have been staying with family friends west of Seattle.

Jean Kasem has been in control of his medical care and has controlled access to him, blocking three of his children from seeing him in recent months, according to court filings.

Last week, she was served with a California court order that temporarily suspended her powers to determine his medical treatment and expanded Kerri Kasem's authority to determine whether her father is receiving adequate care.

Jean Kasem told KING-TV then that her husband was getting the best possible care and she was "not going to allow anybody to shred (her) family on unfounded facts and malicious accusations."

In court on Friday, Kerri Kasem said her father was suffering from bedsores along with lung and bladder infections. Kasey Casem was not in court.

In her ruling, Kitsap County Judge Jennifer Forbes said Kerri Kasem will be allowed daily visits for up to an hour and can have her father examined by a doctor.

After lawyers for Jean Kasem raised concerns about pictures of Casey Kasem being given to the media, the judge told Kerri Kasem that any images from her visits could not be distributed beyond herself or her lawyer.

Forbes also ruled that Casey Kasem must stay in Washington state unless some sort of deal is struck to return him to California, and that Kerri Kasem could bring a witness to her visits with her father.

"I actually would like to have somebody in there," she said. "I have been accused of things I haven't done. It's for my protection."

Forbes scheduled another hearing for June 6.

Earlier this month, a judge in Los Angeles expressed concerns about Casey Kasem's whereabouts and safety after an attorney for his wife said he did not know where Kasem was.

The Kitsap County Sheriff's Office tracked him down the next day and said appropriate medical care was being provided.