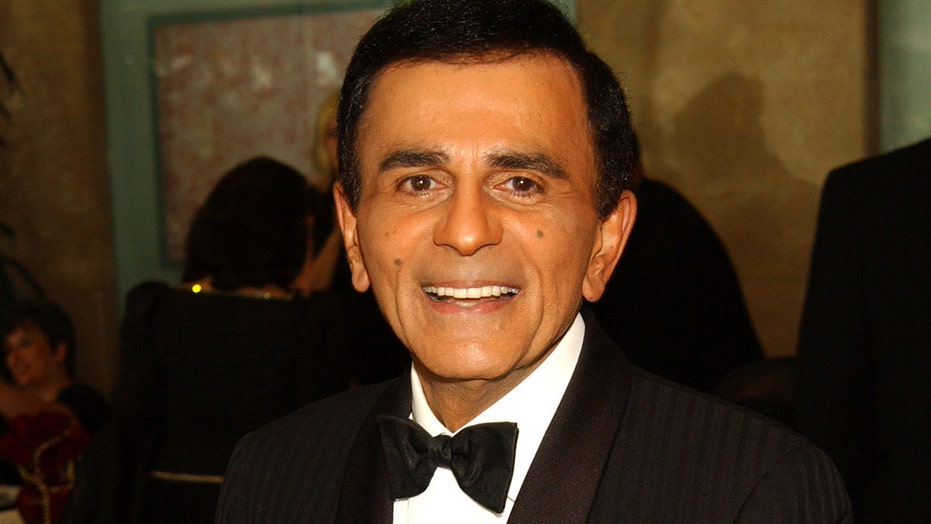 Casey Kasem's family has settled dueling lawsuits alleging that the radio personality was badly mistreated before his death in 2014 at age 82.

Both sides filed a joint request in Los Angeles Superior Court on Monday to dismiss a wrongful death lawsuit brought by three of Kasem's children and his brother against his widow, Jean. The lawsuit alleged that Jean Kasem's neglect and physical abuse led to the longtime "American Top 40" host's death.

Jean Kasem and another daughter had filed a countersuit making similar allegations against the other children and Kasem's brother.

The terms of the agreement were not revealed, and attorneys did not immediately respond to emails from The Associated Press seeking comment.

Kerri Kasem, one of the daughters who filed the initial lawsuit, released a statement through a spokesman on Tuesday saying she was “distraught and heartbroken over her family and lawyers' decision to force her into a settlement.”

The initial lawsuit was filed in 2015 by Kerri, Julie and Michael Kasem -- Casey Kasem's children from a previous marriage --- and his brother Mouner Kasem. It was a lingering chapter in a series of heated and often public fights between his children and Jean, a former actress that began even before the radio host's death. (The couple was married for 34 years.)

The wrongful death lawsuit accused Jean of elder abuse and of inflicting emotional distress on his children by restricting their access to him before his death.

NO EVIDENCE OF CRIME IN CASEY KASEM'S DEATH, POLICE SAY

The suit further alleged that “Casey's early death occurred as a direct and proximate result of Jean's neglect and physical abuse."

The two sides fought bitterly over access to Kasem and control of his medical care before he died in Gig Harbor, Wash., where Jean Kasem had reportedly taken him from Los Angeles.

Police and prosecutors in California and Washington investigated his treatment and death and found no evidence of criminal wrongdoing.

Best known as the voice of radio's “American Top 40" for decades and for his sign-off catchphrase, “Keep your feet on the ground, and keep reaching for the stars," Kasem was also a constant on television as a host of shows and specials and as the voice of animated characters that included Shaggy in the “Scooby-Doo” cartoons.