Carrie Underwood opened up about hearing women on country radio when she was a child and how she wished there was more female representation in the music genre today.

“I feel like shutting that door on ‘women don’t want to hear women’ because that’s B.S.,” the singer told host Elaina Smith. “Even when I was growing up, I wished there were more women on the radio. And I had a lot more than there is today.” 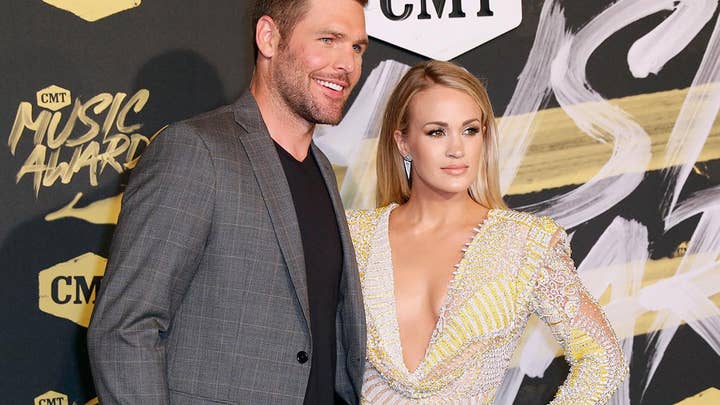 “Think about all of the little girls that are sitting at home saying, ‘I want to be a country music singer.’ What do you tell them? What do you do?” Underwood questioned. “How do you look at them and say, ‘Well, just work hard, sweetie, and you can do it,’ When that’s… not the case right now.”

The singer added, “I see so many girls out there bustin’ their rear ends and so many guys out there that it’s some new guy out there has a No. 1 [song], and I’m like, ‘Good for you, that’s great, but who are you? What’s happening?’”

Underwood said there are many “strong women who are super talented” but are not provided the same opportunities as male artists.

Underwood announced she will be embarking on her “Cry Pretty Tour 360” in May 2019, after she gives birth to her second child with husband Mike Fisher. The country star made the pregnancy announcement earlier this month on Instagram.

"Mike and Isaiah and I are absolutely over the moon and excited to be adding another little fish to our pond!" a joyous Underwood shared. "This has just been a dream come true, with album and with baby news and all that stuff. We're just so excited, and just so glad that you guys can share in this with us."

Underwood also told Smith she will be bringing country duo Maddie & Tae on her tour. She said the singers “earned it” and will put on a great show.