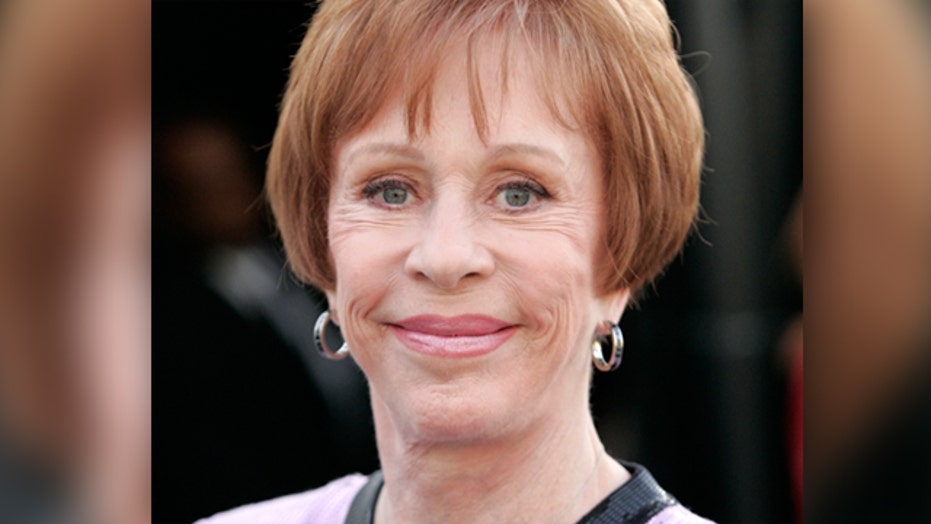 Carol Burnett will be given Lifetime Achievement Award

Carol Burnett is a Hollywood icon who pioneered the world of sketch comedy for female entertainers like Tina Fey and Amy Poehler. The multitalented and modest Burnett got candid with FOX411 about paving the way for women in the entertainment industry, her friendship with Jimmy Stewart, and coping with the loss of her daughter, Carrie.

FOX411: Tell us about your Time Life Official YouTube channel.

Carol Burnett: It’s really cool. We decided that many of our shows and sketches were on YouTube for many years but not great quality, so we wanted to go back to the master tapes. So, there’s the full sketches now. Also, we wanted to be more organized than a mass of videos with no particular order, so there’s a playlist and it gives a place for fans to comment on specific clips; and we’re going to add a new sketch or more every week plus bonus features; they’re kind of wonderful… some with Tina Fey, Amy Poehler, Bernadette Peters to name a few.

FOX411: Do you ever get tired of fans pulling their ear when they see you?

Burnett: Not at all. I find it very nice, very sweet.

FOX411: Did you know that you were paving the way for so many women in the entertainment industry with your show?

Burnett: No, I had no idea. You know Amy and Tina talk about that but my response is that if I were never born they would be doing what they are doing. Back in my day, I didn’t watch much TV until my early 20s and I watched Sid Caesar. In the early '50s he had one called "Caesar’s Hour" and I thought 'Wouldn’t that be fun to do sketches?' So, when I got my show I wanted to do something like that. So maybe Sid did affect in that way. I’m very grateful that Amy and Tina said that they were thrilled to see a woman that could do that, but Lucille Ball was doing it before me.

FOX411: Kevin Spacey wrote you a poem and recited it as Jimmy Stewart that brought you to tears. Why did that touch you so much?

Burnett: Because I adored Jimmy Stewart growing up and he became a very good friend of mine, and I’m just crazy about Kevin Spacey as an actor. I saw him in a movie and said this guy is pretty spectacular. He’s a great mimic. There’s no end to his talent so I was thrilled I was booked on “The Colbert Show” and was hoping I would get to meet him, and I was surprised when he came out and recited that poem. He even wrote it and gave to me. I’m going to have it framed.

FOX411: What was your friendship like with Jimmy Stewart?

Burnett: I met him early on and then when I was doing my show I was re-introduced to him by George Kennedy and his wife. I loved Jimmy ever since I was 4 years old; they set up a dinner. I was having a party and I called Gloria, Jimmy’s wife. She said, 'Oh sure, but Jimmy likes to go to bed early.' Everyone gathered around the piano and started singing, and Jimmy started singing. Gloria said 'Well, I’m not going to get him out of here because he loves to sing.' Gloria called me the next day and said what a wonderful time they had.

FOX411: I heard you that you’re getting honored at the SAG Awards this year.

Burnett: I’m very excited that I’m getting the SAG Lifetime Achievement Award, but it’s wall to wall movie stars and I’m nervous. And they pan the audience, and oh my god there’s Meryl Streep and I’m very nervous about my speech.

FOX411: You have endured many heartbreaks in your life. How have you stayed strong?

Burnett: When I lost my daughter Carrie I really didn’t want to get out of bed. She and I had been writing a play and it wasn’t finished yet. It was going to be directed by Hal Prince and my husband said you have to do it for Carrie. I always feel her presence with me. It’s been 14 years. You never get over it, but you learn to cope. The nurse stopped me in the hall and said I have to talk to you about your daughter. The nurse said, 'She’s always so cheerful and smiling, and I asked her how can she be smiling?' Carrie told the nurse 'I’m going to decide to love my life today.' So I do that.

FOX411: Would you want to come into fame in this era with social media? Do you think it’s tougher to be a celebrity now?

Burnett: I’m thrilled that I was born when I was. No one likes getting old, but the media and the paparazzi -- we had it then, but not the way it is today. My heart goes out to Jennifer Aniston and people like that. They have no privacy. When my husband and I go out the paparazzi is good with me because I’m not the flavor of the month. But they follow the young people and that scares me.