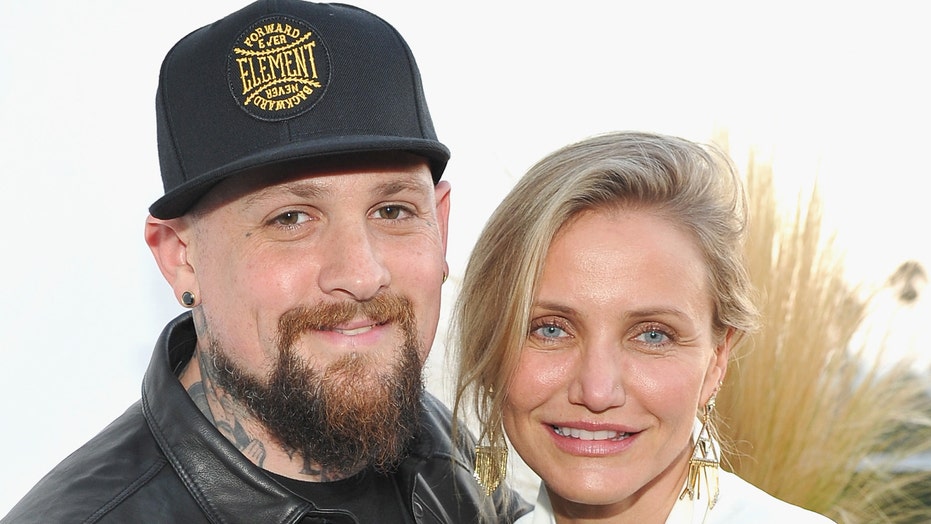 Cameron Diaz couldn't have been cuter while talking about her relationship with Benji Madden.

The 47-year-old "Charlie's Angels" star gushed about their marriage during a chat with makeup artist and pal Gucci Westman on her YouTube series “Makeup & Friends.”

“I love being married,” Diaz said. “The best thing that ever happened to me is finding my husband and our partnership and his friendship and all that.”

CAMERON DIAZ OPENS UP ABOUT MOTHERHOOD: ‘IT’S THE BEST PART OF MY LIFE’

Diaz and Madden, 41, crossed paths in 2014 and married eight months later. The former actress met the rocker through Nicole Richie, who is married to Benji's twin brother, Joel.

The couple announced the birth of their first child together, a daughter named Raddix, in late December.

“I love being a mother,” Diaz previously said during an Instagram Live chat on Tuesday with her friend Katherine Power, the CEO of Who What Wear.

“It’s the best, best, best part of my life. I’m so, so grateful and so happy and it’s the best thing ever and I’m so lucky to get to do it with Benji and we’re just having the best time. It’s so great. I’m just thrilled.”

Diaz also touched upon her acting career and if she'll ever return to the screen. “I’m never going to say never. I’m not a person who says never about anything," she told Westman.

The last time Diaz was in a project was in the 2015 remake of "Annie."

Since her presumptive retirement, Diaz has been keeping busy at home. “Now that I’m home for six years, half of my house… is my kitchen," she joked to Westman.

"When I feed the people I love, the thing that I want for them to have is the experience of feeling like it hit their heart, that they can feel my love. I want to cry. My food is my love language," she added.