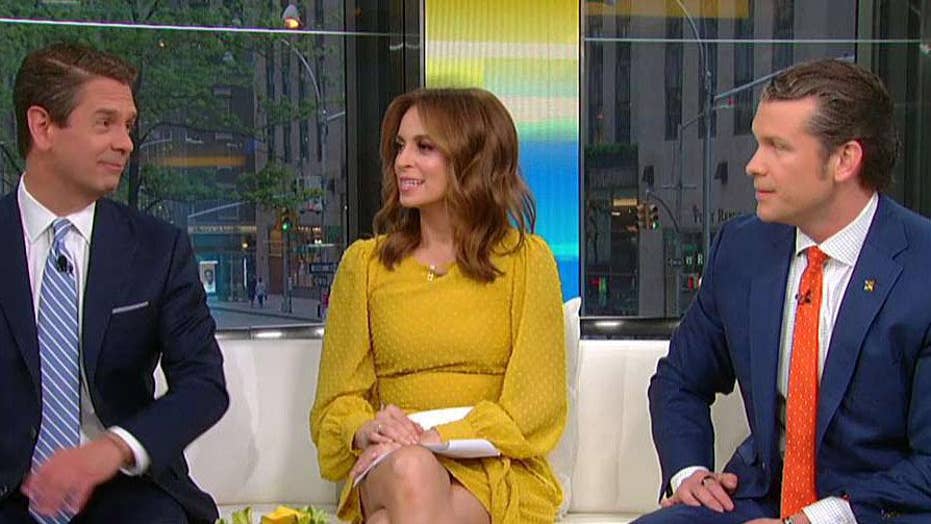 President Trump has a new nickname for 2020 Democrat Pete Buttigieg

When asked about Buttigieg's candidacy during an interview with Politico, President Trump declared that “Alfred E. Neuman cannot become president of the United States." Buttigieg initally responded by telling reporters that he had to "Google" and considered it a "generational thing."

"It's kind of funny, I guess. But he’s also the president of the United States and I’m surprised he’s not spending more time trying to salvage this China deal," Buttigieg said last week.

Buttigieg was asked about it again on Monday night.

"What goes through your mind when that happens?" Jimmy Fallon asked the candidate.

"You know, we talk about elevating the dialogue, so the fact that I inspired him to make a literary reference possibly for the first time..." Buttigieg responded, sparking a big laugh from Fallon and the audience.

The South Bend mayor went on to tell a story about how comedian Jerry Seinfeld almost rejected one of the first "keys to the city" Buttigieg had ever given out since being elected. He also reiterated his call to eliminate the electoral college and the urgency to address climate change, calling it a "life or death issue."