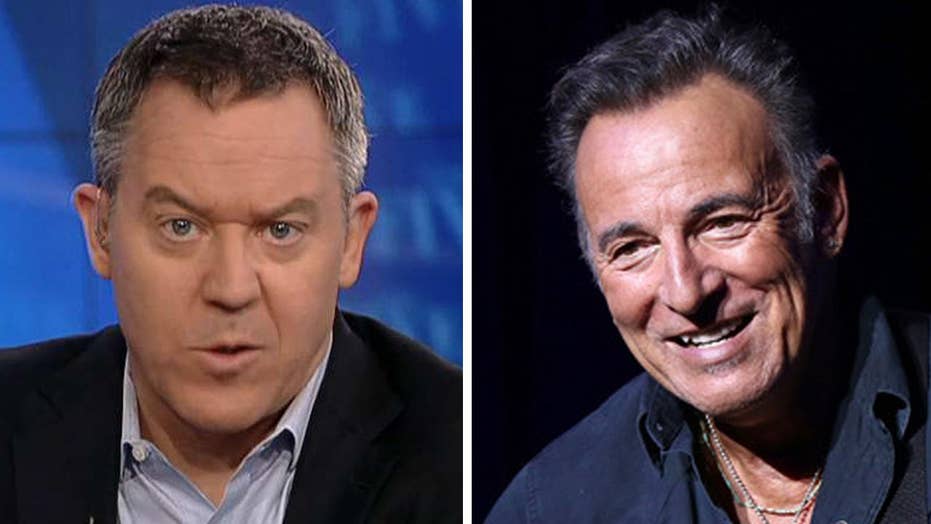 Bruce Springsteen wears his distaste for President Trump on his sleeve in a duet released this week.

The veteran rocker appears on the song "That's What Makes Us Great," written by Pittsburgh, Pa.,-based singer/songwriter Joe Grushecky, that takes several not-so-subtle swipes at the President.

“I had this song, and Bruce and I had been talking. I sent it to him and he liked it,” Grushesky told the Pittsburgh Post-Gazette. “ I said, 'What do you think about singing on it?' He gave it the Bruce treatment.”

In one lyric, Springsteen belts: “Don’t tell me a lie / And sell it as a fact / I’ve been down that road before / And I ain’t goin’ back / And don’t you brag to me / That you never read a book / I never put my faith / In a con man and his crooks.”

Grushecky, who has worked with Springsteen several times over the years and considers the "Born to Run" singer a good friend, said he wrote the song after Trump appeared to make fun of a reporter with disabilities while campaigning.

Trump denied repeatedly he was making fun of the reporter. An email to the White House for comment on the new song was not immediately returned.

The tune is available for download on Grushecky’s website and has been played on Springsteen’s SiriusXM radio channel.

Springsteen was a vocal supporter of both President Barack Obama and and Democratic Presidential candidate Hillary Clinton.