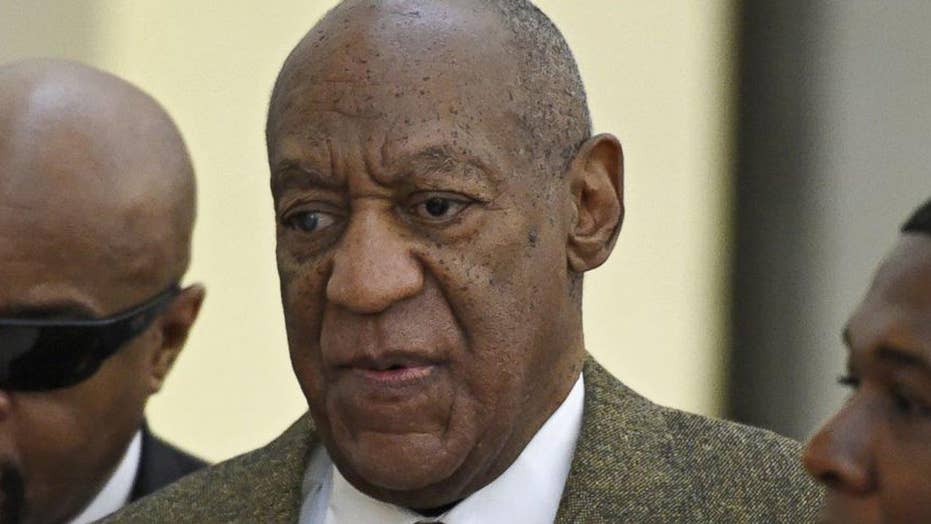 Bill Cosby back in court for pre-trial hearing

Could the resurrection of “The Cosby Show” reruns on cable TV signal a possible career comeback for disgraced comedian Bill Cosby?

Bounce TV has bounced their July 2015 decision to stop airing old episodes of “The Cosby Show’ after the fallen comic’s sexual abuse allegations and upcoming trial. The network will start running episodes again on December 19th.

“While we take very seriously the accusations against Bill Cosby, our research showed that African-American consumers see a distinction between Bill Cosby, the man, and the iconic TV character Cliff Huxtable,” a network rep told FOX411 in a statement. “Research and direct viewer feedback were the deciding factors in the network’s decision to move forward. The desire among African Americans to see the show on TV again is being reinforced on social media based upon overwhelmingly positive viewer response since the announcement.”

One former television executive agreed with the move.

“What Bill Cosby was doing in his personal life is not relevant to this show, its messages and its values,” the industry insider said. “Remember, ‘The Cosby Show’ was the work of a lot of talented actors, writers, directors and producers, and it was entertaining and inspirational to a lot of people. It would be unfair to everyone who created the show to take it out of circulation just because Bill Cosby was doing terrible things in his personal life.”

“The kind of content that a network airs isn’t just about ratings, but about its social ethos: What it values, who its audience is, and what its brand stands for,” Pinsker said. “Bringing ‘The Cosby Show’ to Bounce might do well in the ratings, at least for a little while, but is it worth the loss of sponsors who’ll flee the network because they don’t want their brand to be associated with a company that profits from the ‘humor’ of a serial rapist?”

Dan Gainor, vice president of business and culture at the Media Research Center, said while Cosby has been demonized in the court of public opinion, he has not been convicted of any crime.

“It's easy to forget now, but he and Sidney Poitier were among the first black actors who gained widespread acceptance,” Gainor said. “To many, he's still Alexander Scott from ‘I Spy’, Dr. Huxtable or the voice of Fat Albert. These charges will follow him to the grave, but that doesn't mean people won't watch him.”

SiriusXM radio host Rich Davis said we live in time where anything goes, and Bounce's decision could be the first stage of a Cosby comeback, should he be acquitted.

“All bets are off. Donald Trump is going to be our President. Perhaps Bill Cosby promised to make the Bounce network great again,” Davis said. “People have a unique ability to separate celebrities personal flaws no matter how huge if they love the product which is sad. It’s a sad reflection of our society.”

Cosby, for one, seems to agree. His lawyer argued in court documents last week that Cosby is going to make a comeback.

"When Mr. Cosby is cleared from all liability and charges ... he expects to resume his career, and there is no reason to believe otherwise," his lawyer wrote, according to the Associated Press.

But Pinsker expects Bounce's move is probably the first and last time you’ll be seeing more Cosby on TV.

“To rehab a client, you need to give the audience a reasonable explanation for why the bad thing happened, make amends, show contrition, and give a reason to believe that it will never happen again,” Pinkser said. “ With dozens and dozens of credible women all making the same awful allegations, that’s just impossible for Cosby. PR is a tool for managing negativity, but it’s not a magical elixir that erases the past.”

Cosby has a tentative trial date for June 5, 2017 in Pennsylvania. He has been accused of sexually assaulting former Temple University employee Andrea Constand, who claimed she was drugged and raped by the now 79-year-old. He has pleaded not guilty. Approximately 50 women have accused the fallen comic of similar sexual assaults.