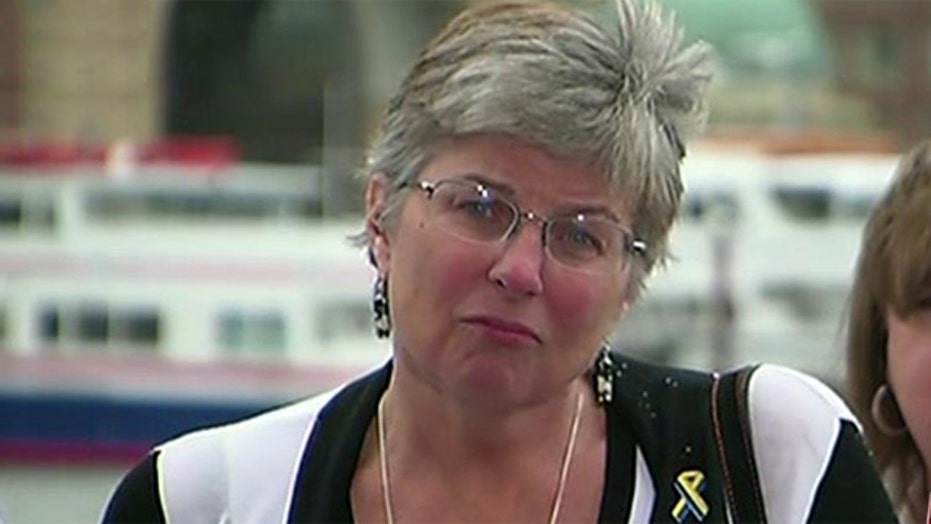 Less than three years after bombs killed three people and wounded more than 260 others at the Boston Marathon, two movies, a play and an HBO documentary are in the works, causing decidedly mixed feelings among some of those most touched by the tragedy.

News that Boston native Mark Wahlberg planned to star in "Patriots Day" surfaced earlier this year during the trial of Dzhokhar Tsarnaev, who was convicted and sentenced to death for his role in the attack.

A second movie will be based on "Stronger," a book written by bombing survivor Jeff Bauman, who lost both legs in the 2013 bombing. The lead role reportedly will be played by actor Jake Gyllenhaal.

An HBO documentary also is in the works, as well as "Finish Line," a play by the Boston Theater Company set to premiere April 1.

Some survivors do not like the thought of Hollywood telling the story of that awful day and its aftermath.

"The Richards would prefer that no movies be made about the bombings at the Boston Marathon," said Nancy Sterling, a spokeswoman for the family of 8-year-old Martin Richard, the youngest of the three people killed in the attack.

Sterling said that if production does go forward on the films, the Richards "hope that the various groups will work with them to ensure that coverage of their family is minimal and accurate."

But others feel differently about the films. Karen Brassard, a New Hampshire woman who suffered shrapnel wounds to her legs, said she does not object to movies being made about the bombings.

"The Mark Wahlberg story had been out there even before the end of the trial, and I know a lot of people were disturbed by that, but I don't have a problem with it," said Brassard, whose husband and daughter also were hurt in the bombings.

"It's a part of history," she said. "There were movies about the 9/11 survivors and the heroes of 9/11, and I found those to be interesting."

Jarrod Clowery, a carpenter from the Boston suburban of Stoneham who suffered second-degree burns and shrapnel injuries, said he is reserving judgment until he sees the movies. He said he hopes the films will capture how the Boston community and people around the world supported the injured after the bombings.

"If they make a movie just to put more fear into the public, then that's not a good thing," Clowery said.

"Hopefully, they can show some of the good things that have happened since then instead of just the horrible injuries," he said.

It was not immediately clear when the movies will be released.

Wahlberg's representatives did not respond to requests for comment. Bauman could not be reached for comment on the movie based on his book.

Both Clowery and Brassard said they are hopeful that Wahlberg will be sensitive because of his Boston roots and will produce a non-fictionalized movie.

"I think he'll be true to the story," Brassard said.

"It doesn't need to be a story that's sensationalized. It was sensational enough. It was graphic enough, so I don't think it's something he's going to have to take a lot of poetic license with," she said.