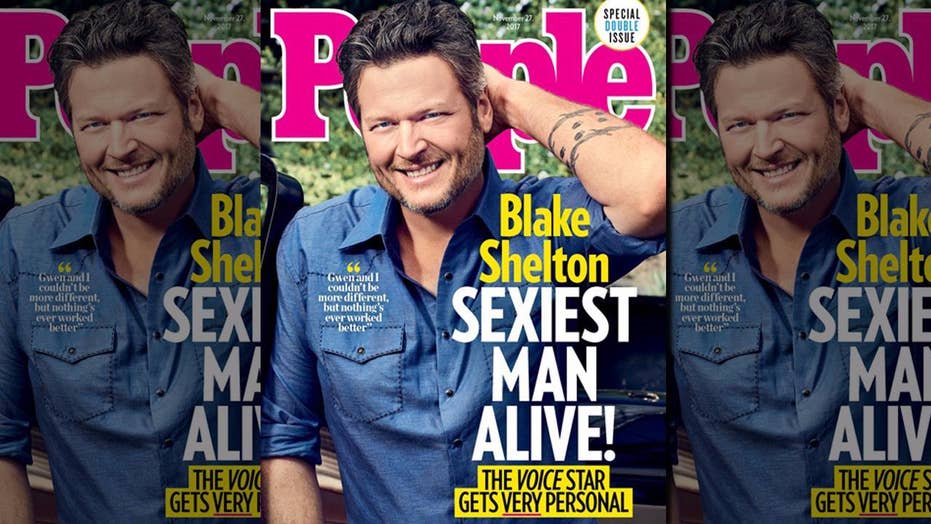 Blake Shelton was named People's "Sexiest Man Alive" of 2017 and some people are not happy. Not necessarily because they don't think he's a dreamboat, but because of some tweets he sent out years ago.

While the country crooner has busied himself celebrating his new title, many on social media are blasting the magazine's decision calling upon Shelton's past tweets that have been labeled as racist, misogynistic and homophobic.

The 41-year-old first came under fire in 2016 after his followers unearthed a series of old tweets – most of which have since been deleted – that offended a lot of people.

Blake Shelton on whether he wants to be a father

"Congratulations @blakeshelton on being voted sexiest man alive as an openly homophobic, unfaithful spouse. Grab a few p---ies, brag about it and you too can be President of the United States," one user tweeted.

In a 2011 tweet, he begs the person in the next room to "learn some English so I would at least know what he's planning to bomb!!" In another tweet from 2010, he writes about a "sick fantasy" he had about the then 16-year-old Dakota Fanning.

"So I just figured out a great excuse for my sick fantasy about Dakota Fanning. I thought she was Amanda Seyfried," he wrote.

PHOTOS: Celeb couples who can never break up

While Shelton apologized last year when the tweets first resurfaced, it seems many have not forgiven the singer and are calling on People to reconsider giving Shelton the title of "Sexiest Man Alive."

Maybe it's a typo, and Blake Shelton was meant to be named the most Sexist Man Alive? It's the only way my brain can logically make sense of this result.

Ah yes! A homophobe, islamaphobhic racist is always a great idea to have as the sexiest man alive!

However, many fans felt the title was well-deserved.

Love the fact you got this you deserve this. 💕

"Everyone knows comedy has been a major part of my career and it’s always been out there for anyone to see,” he said in 2016. “That said anyone that knows me also knows I have no tolerance of hate of any kind or form...I deeply apologize to anybody who may have been offended."