Blake Shelton got emotional Sunday evening as he performed his latest hit "God's Country" during the 2019 ACM awards.

Wearing an all-denim outfit, the country star took the stage at the MGM Grand Garden Arena, where he gave a moving performance of his newest single, earning himself a handful of cheers from the audience including his girlfriend, Gwen Stefani.

Ahead of his performance, the 42-year-old spoke to the Tennessean about the tune, recalling the first time he had ever heard it while he was working on his farm one day.

MIRANDA LAMBERT SINGS SHE 'GOT THE HELL OUT OF OKLAHOMA' AT ACM AWARDS IN FRONT OF BLAKE SHELTON, GWEN STEFANI

“It was the most shocking moment I’ve had in my 20 years of doing this,” he told the outlet. “I was in a place physically that I consider to be God’s country doing the thing that makes me feel the most connected to God, which is working on the land.

"And I heard that song and I had one of those moments that you hear people talk about … where they say they pulled over on the side of the highway and listened," he continued. "I literally had that moment.” 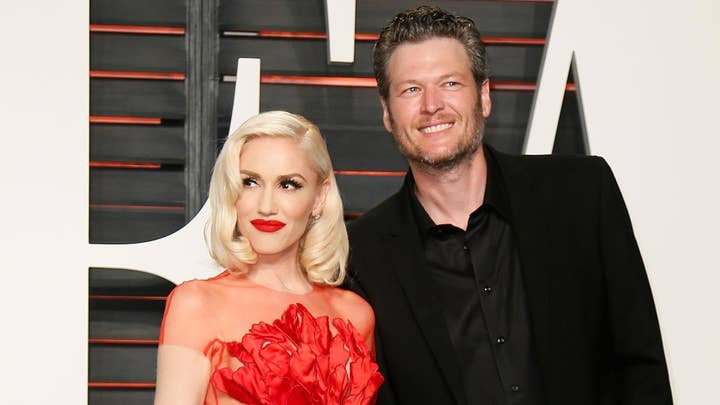 As soon as Shelton heard the song, he told his producer Scott Hendricks that they needed to record it.

“I said, ‘Man, that song sounds like a remedy, like a cure, like everything that I need in my life to hear on the radio and to hear myself sing,’” Shelton remembered. “I went, ‘That’s it. Let’s record this thing.’”

Hendricks, who sent over several other songs for Shelton to listen to, encouraged the singer to consider the rest of the singles, a recommendation Shelton declined.

“I was like, ‘Forget the other ones,’” Shelton recalled. “I literally don’t care what else you sent me. Nothing has ever had this kind of an impact on me.

"Even before I put the vocal on it, it was just the sound that was the missing link to where we are in country music now and where we came from. It’s almost like a chance to stop and catch your breath and go, ‘We’re still all here. We still like this stuff, too, right?’”