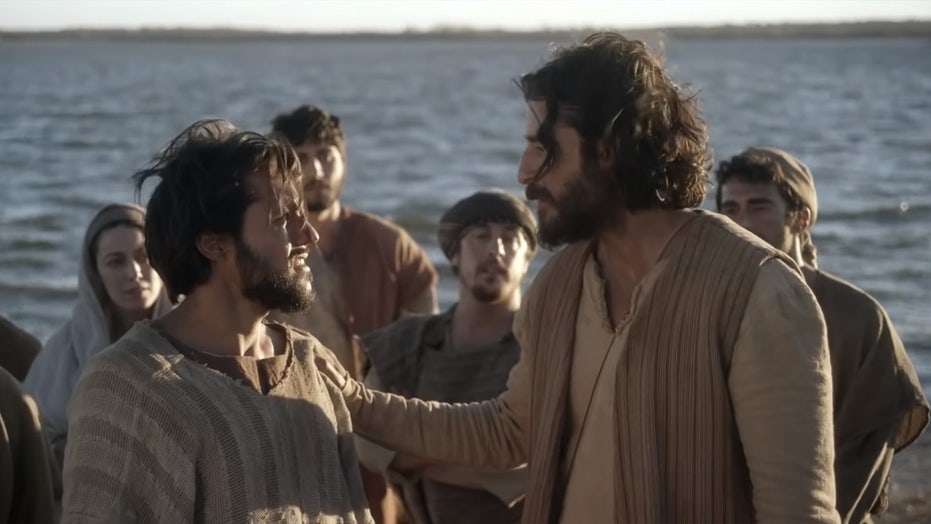 You can now binge-watch the story of Jesus from your phone just in time for Christmas.

VidAngel, a faith-based streaming company that allows users to filter language, nudity and other content from shows, released "The Chosen: Season One" Monday through its own app of the same name as the show, which has already been downloaded and streamed in 142 countries.

"Playing the role of Jesus Christ is the preeminent honor, not only of my career but of my life," Roumie said. "With this series, we're afforded the opportunity to take our time with the greatest story ever told...and savor it."

The eight-episode first season garnered massive audience support with more than 16,000 people investing over $10 million into the project.

“Two years ago, we embarked on a journey to create the first multi-season series about Jesus and broke the all-time crowdfunding record for a media project," said Neal Harmon, CEO of VidAngel. "Seeing the investor support, the completed season one and reactions to the series from around the globe, we’ve come to realize this is the start of something very, very special."

The next venture is for users to "Pay It Forward," in which they can pay for others to watch the series around the world.

They hope "to make 'The Chosen' bigger than the 'Game of Thrones' billion-view record" and "the most-watched global series in history.”