The HBO star had an apparent change of mind after House Democrats struggled to condemn Omar in a resolution that was broadened to include multiple forms of hate. (HBO)

Omar has been accused of anti-Semitism because of controversial tweets suggesting that people who are pro-Israel are bought by groups like the American Israel Public Affairs Committee (AIPAC).

“First of all, I’m a free speech person. I believe you’re allowed to criticize Israel without being an anti-Semite,” Maher said Friday night. “Having said that, I’ve read some of her other tweets… She might be. I don’t know what her thoughts are on this.”

Last month, Maher said he didn't know why Omar's tweets were being viewed as anti-Semitic.

“I probably don’t agree with her a lot about what she feels about Israel and Palestine, but I don’t know why this has to be seen as anti-Semitic,” Maher said at the time. “Now, she may be anti-Semitic, but if I criticize Saudi Arabia, that doesn’t mean I’m Islamophobe.”

The HBO star pivoted to House Democrats, who struggled with a resolution to condemn Omar's criticism of Israel. The House approved a broad resolution on Thursday condemning anti-Semitism, Islamophobia, racism and other forms of bigotry. 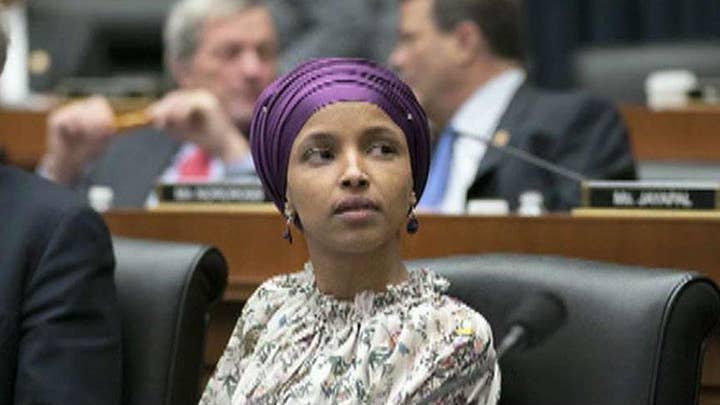 PELOSI SAYS OMAR ISN'T ANTI-SEMITIC: 'I THINK SHE HAS A DIFFERENT EXPERIENCE IN THE USE OF WORDS'

“It became an issue for the Democrats of ‘we can’t censure this person because it’s a woman and a person of color’ and that I think is identity politics, is it not?” Maher said Friday night.

Later, Maher wondered if Democrats could lose the Jewish vote after President Donald Trump attacked them as the “anti-Israel” and “anti-Jewish” party.

Maher also expressed hope that Omar would appear on his show to discuss the Israeli-Palestinian conflict.

“I hope she comes on this show and we could talk, and she and I would agree on very little about Israel and Palestine,” Maher said. “We would agree that Palestinians are victims, but not of Israel. They’re victims of other Palestinians, unfortunately.”